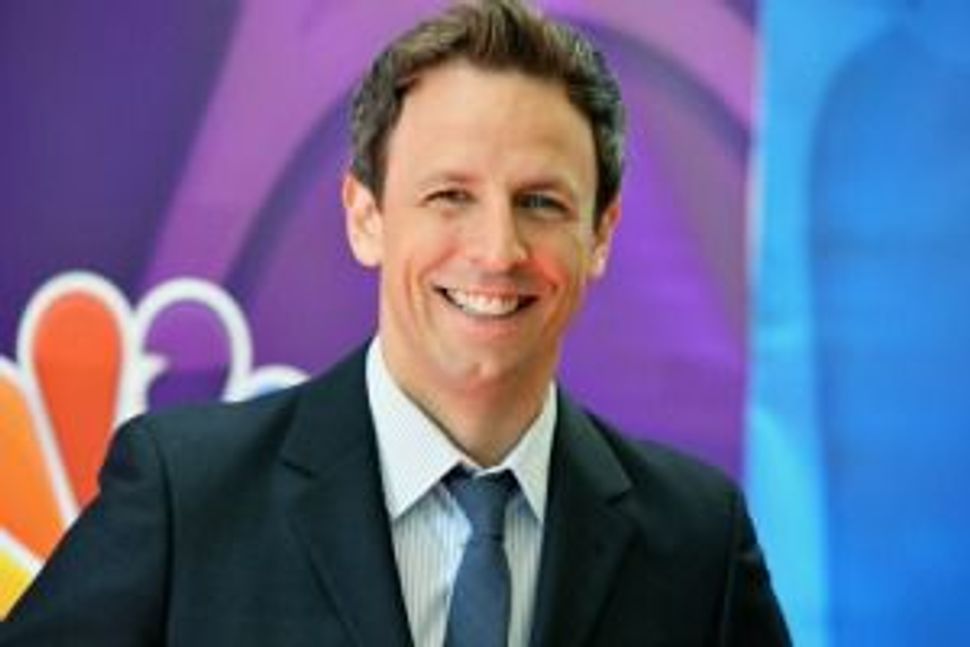 NBC has announced that “Saturday Night Live” writer-performer Seth Myers will be taking over the show next year after current host Jimmy Fallon moves over to “The Tonight Show.”

“I am aware of the history,” Mr. Myers told The New York Times before hosting “SNL” on Saturday. “Each chapter of my life has sort of been spent enjoying each of the guys who had the job. Letterman was sort of my first introduction to late-night television. And Conan was all through college and postcollege years. Jimmy, obviously, I think, does it as well as anyone could ever do it.”

Myers, 39, will be working with SNL producer Lorne Michaels, who will also be executive producer to “The Tonight Show,” CNN reported. All three shows will be reunited at NBC’s headquarters at 30 Rockefeller Plaza, a first since Johnny Carson moved “Tonight” to Burbank, California in the 1970s.

In an NBC press release, Myers joked: “I only have to work for Lorne for five more years before I pay him back for the time I totaled his car. 12:30 on NBC has long been incredible real estate. I hope I can do it justice.”