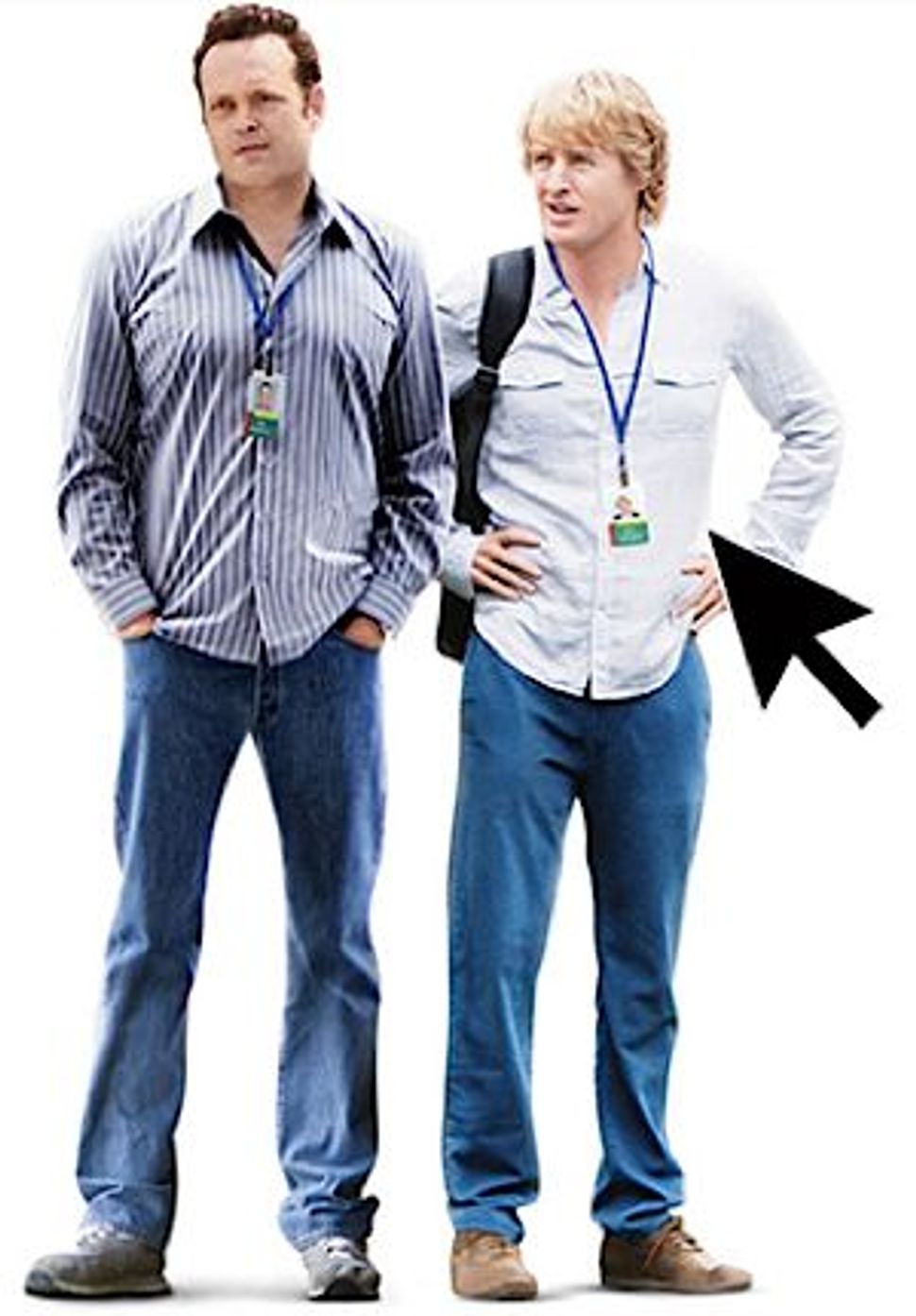 WikiLeaks chief Julian Assange stole my intended headline for this post: “The Banality of ‘Don’t Be Evil.’” Or maybe it was a New York Times copy editor, who gave that title to Assange’s opinion piece accusing Google of technocratic imperialism. Either way, now I can’t use it for fear of plagiarism… or at least, a perceived lack of creativity.

The headline, a riff on the search giant’s motto, would have been perfect to sum up my impression of the new comedy, “The Internship.” “Wedding Crashers” duo Vince Vaughn and Owen Wilson play nearing-middle age buddies and out-of-work analog-era watch salesmen, who manage to get into Google’s internship program, improbably prove themselves (who says you can’t teach an old dog some new hi-tech tricks?), and teach a group of geeky misfit college students some life lessons along the way. The movie is such a banal, formulaic and predictable comedy that it most certainly did not merit rushing to catch an advance screening at a movie theater located literally next to the Google campus in Mountain View, California.

I guess I was hoping for a meta-experience akin to the one I had while watching “The Social Network” at the very same theater, which is also not far from Facebook headquarters. But then again, what was I thinking? This is a story co-written by Vince Vaughn and directed by Shawn Levy of “Night at the Museum” and “Date Night” fame. Director David Fincher, Academy and Emmy Award-winning writer Aaron Sorkin and Oscar-nominated actor Jesse Eisenberg came nowhere near this production.

While I really should have waited for “The Internship” to come out on Netflix, I can’t say it was all bad. Generously speaking, it was a Breakfast Club-kids-meet-goofy-but-wise-older-mentors kind of thing. I did let out a few laughs as I watched the movie, but they weren’t worth $11.25 plus overpriced popcorn, candy and drink.

Google product placement is the name of the game in this film (think Gmail, Google Plus, Google Wallet, Google Maps, etc.). But if you are hoping to get a real sense of the Silicon Valley vibe and the insider scoop on Google culture, you’re going to be disappointed. Although the “Noogler” intern beanie caps (with propeller), the free-food cafes, nap pods, free-for-the-using colorful bikes and collaborative team approach to solving challenges are reflective of the real Google, nothing else in the movie seems to ring true — including the setting. I kept looking at what was presented as the Google campus and thinking, “That looks more like a college campus that the Google campus” — and for good reason. It turns out that almost all the filming took place at Georgia Tech in Atlanta.

But the two cameo appearances (one speaking, one not) by Google co-founder Sergey Brin were kind of fun for those of us who know what he looks like and are able to spot him as he zooms by on a bike for a split second. Those scenes were filmed during the few days the crews did shoot on the real Google campus.

And one final word of warning: Take that PG-13 rating seriously. I took two middle school boys along with me to see “The Internship,” and had to explain to them that not all internship programs involve spending all night out in San Francisco getting drunk with almost-naked pole dancers giving non-stop lap dances.

Watch the trailer for ‘The Internship’: