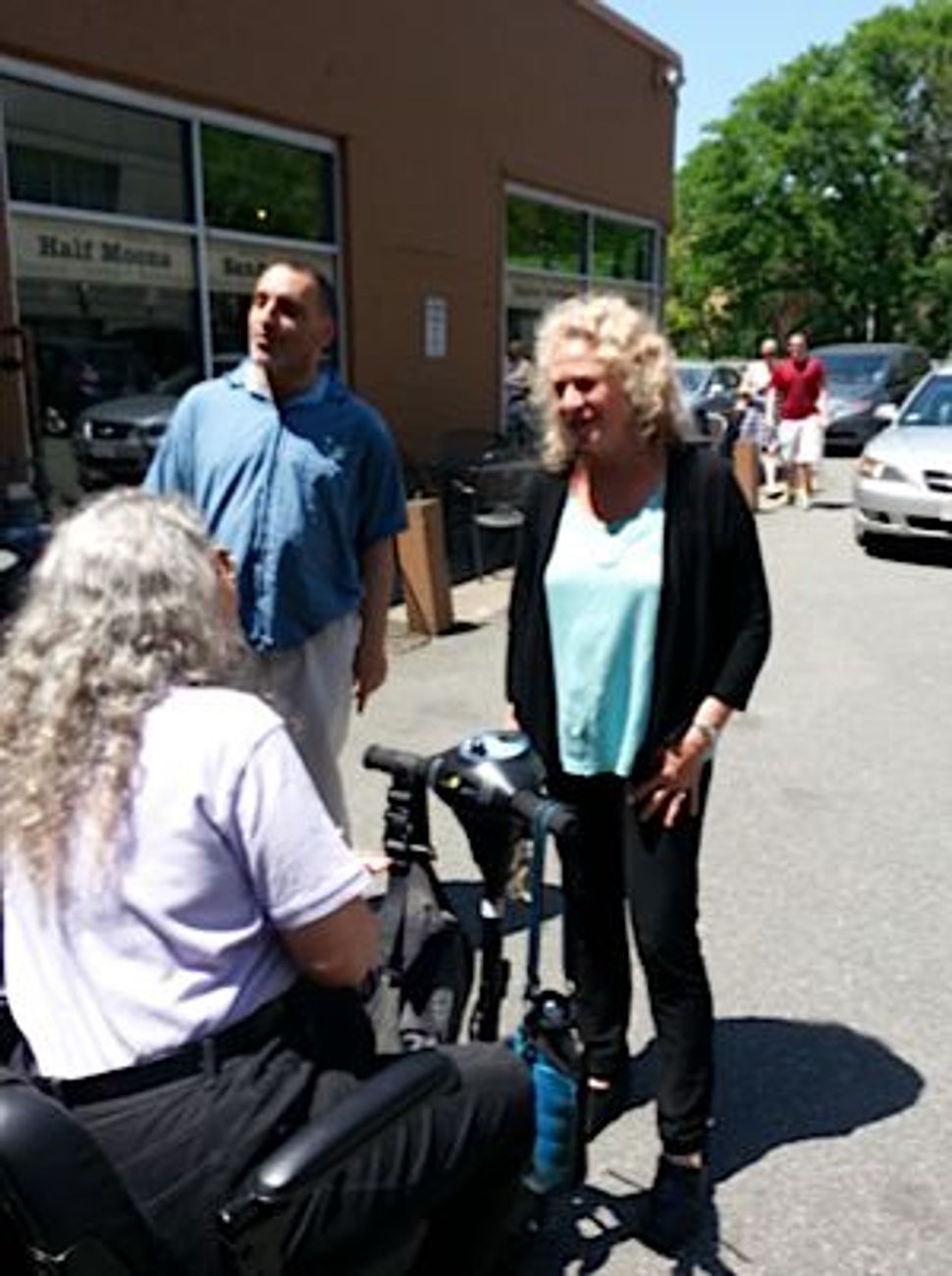 On May 11, along with Willie Nelson and Annie Lennox, King received an honorary degree from Berklee College of Music. That Friday, she spoke about her memoir “A Natural Woman” at Porter Square Books in Cambridge. She took a detour to Washington, D.C. for a May 22 White House ceremony, where she received the Library of Congress’ annual Gershwin Prize for Popular Song and where President Obama called King, the first female recipient of the award, “a living legend.” Then she was back in Beantown, on the bill of megastars performing in the May 30 “Boston Strong” benefit concert for the Marathon bombing victims.

King could rest right there on her laurels, but the longtime environmental activist and politically active citizen is neither a secluded celebrity nor a passive observer. During May she also made several campaign appearances on behalf of Democratic U.S. Senate candidate and Massachusetts Congressman Ed Markey, at venues like Zaftig’s Delicatessen in Brookline, private homes in Lexington and Wellesley, The Center for Arts at the Armory in Somerville, and Lyndell’s Bakery in Cambridge.

The Arty Semite caught up with King at Lyndell’s on June 2, where she began her remarks atop a chair, inviting the assembled to come closer. “I feel a little unstable, and all the Jewish mothers here must be worried, so I’m coming down!” she joked, segueing into a speech about the importance of gender equality. “Why wouldn’t a man want his wife to have more money?,” she asked. “When Mama isn’t happy, no one’s happy. And women know why it is so important to get out and vote.”

King, who was born Carole Joan Klein, also took some time to tell me about her father, a firefighter, and her mother Eugenia Gingold, a teacher and actress. Gingold, who was active in South Florida community theater, died in 2011 in Delray Beach, at age 94. “I have a great respect for the customs and the traditions of Judaism,” King said. “It is part of our lives.”

While at Queens College in New York King dated Neil Sedaka, who wrote a hit song about her, “Oh! Carol!” Ultimately, she married four times, and had four children and four grandchildren. Next year will see the opening of “Beautiful: The Carole King Musical” on Broadway. In her memoir, King discusses the modernization of Jewish prayers, and the Hannukah prayer she recorded with daughter Louise.

In her remarks at Lyndell’s, King recalled campaigning with the Markeys in May, riding with the couple in a car in Western Massachusetts for eight hours or more. “I came away loving them,” she said.

It’s safe to say that everyone at Lyndell’s loved King just as much. “Winter, Spring, Summer or Fall,” they sang toward her, “All you gotta do is call.”