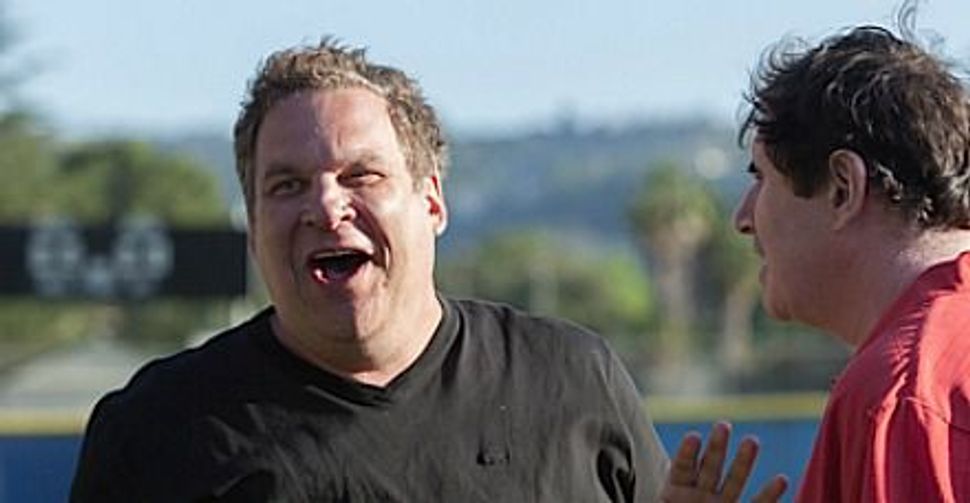 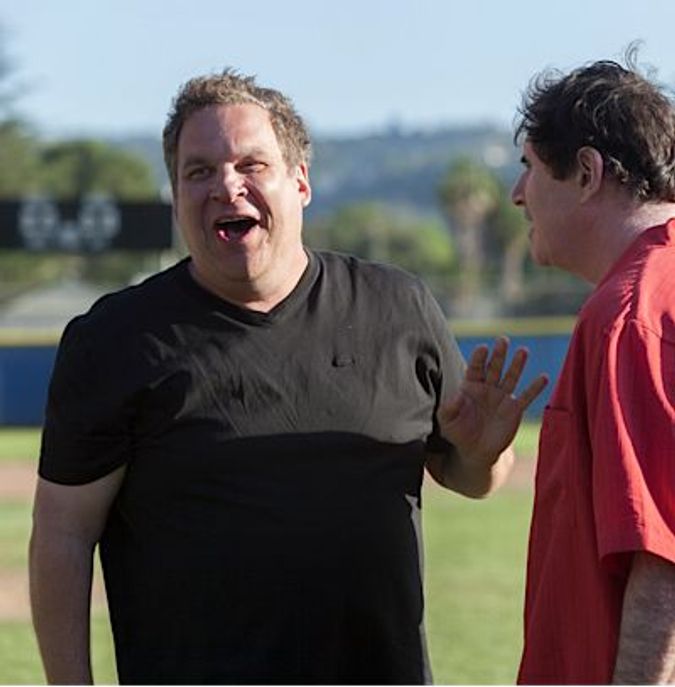 Garlin is probably best known for his work with Larry David on the HBO comedy “Curb Your Enthusiasm.” But he’s also done stand up and will have his own TV show, “The Goldbergs,” this fall on ABC.

The sitcom is about a mid-‘80s, loving Jewish family — a family like any other, just with a lot more yelling. It also stars George Segal as Garlin’s father-in-law, Al (Pops) Solomon.

That would be reason enough for an interview, but Garlin is really promoting “Dealin’ With Idiots,” his second film as writer, director and star. “DWI” is a funny portrayal of parents at their children’s Little League games. It is also at times moving, as Garlin tries to help his son navigate a world where winning is everything and not everyone has the skills to win.

Garlin spoke to The Arty Semite about his movie, his recent arrest, and his Jewish upbringing.

Curt Schleier: You’ve got this film. You have your own TV show in the fall. Are you planning on telling Larry David that you’re sick of his misanthropic attitude and you want nothing more to do with him?

Jeff Garlin: [Chuckles] No. I’m not going to tell him that. I’m already waiting for him to call me for more “Curb Your Enthusiasm.”

How did you come up with the idea for “Dealin’ With Idiots”?

I was sitting at my son’s baseball game watching the behavior of some of the parents. I asked my wife what would make them behave this way. I should make a movie about it.

That’s exactly what you say in the movie. Did you research the film by speaking to the parents?

No, I avoided being with people. I just used my imagination.

I thought the subject matter is very understandable. Any parent who’s had a kid involved in organized sports will know where you’re coming from.

Yes, very much so.

Was it a difficult movie to sell? It’s not intended for teenagers or foreign markets.

I just met with all the people who have the money. It took me a number of years to get it made. I think it’s a movie people will line up for.

Did your first film, “I Want Someone to Eat Cheese With,” do well enough to give you a track record?

It was a big success for the people who financed it. It ended with a big profit.

**You’ve got a great cast here for a low budget: Jami Gertz, Christopher Guest, Timothy Olyphant, Nia Vardalos, Richard Kind, Gina Gershon. I assume these are all your friends?

That’s pretty much it. I earned their trust.

Can you talk a little about your Jewish background?

Where did you grow up? Were you Reform? Conservative?

We were Reform to Conservative. I grew up in Chicago and South Florida. I went to Hebrew school. I was a bar mitzvah. My older boy was a bar mitzvah and younger one will be. I’m very proud and happy to be Jewish. I’m not religious, but I’m religious enough.

Is there anything from your Jewish background that informs your work?

Were your parents funny? Was there a lot of laughter in the house when you were growing up?

Yes, there was a lot of laughter in my house growing up.

You were recently arrested in a much publicized incident over a parking spot. Was that a publicity stunt for the movie?

There were no charges. I was arrested, but they decided not to file charges.

I hope a lot of people see the film.

Watch the trailer for ‘Dealin’ With Idiots’: