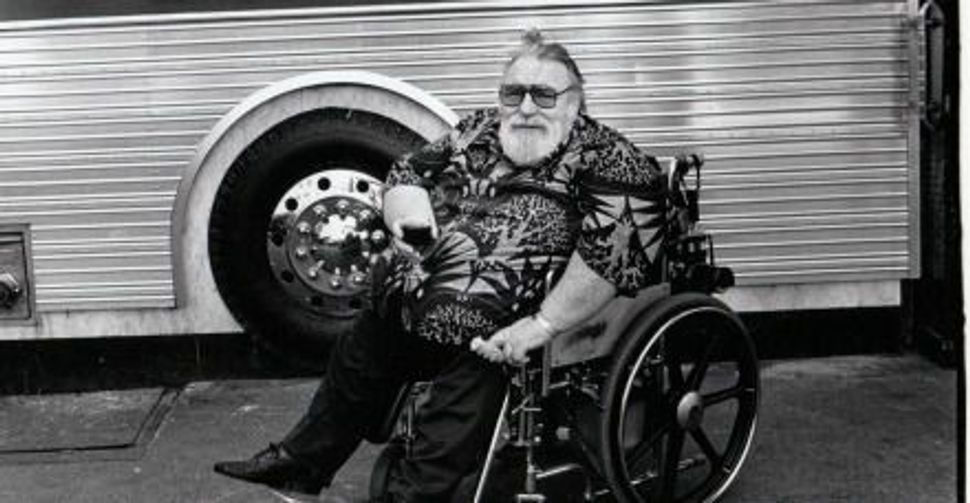 “I was never one of those happy cripples,” is the way Jerome Felder described himself. 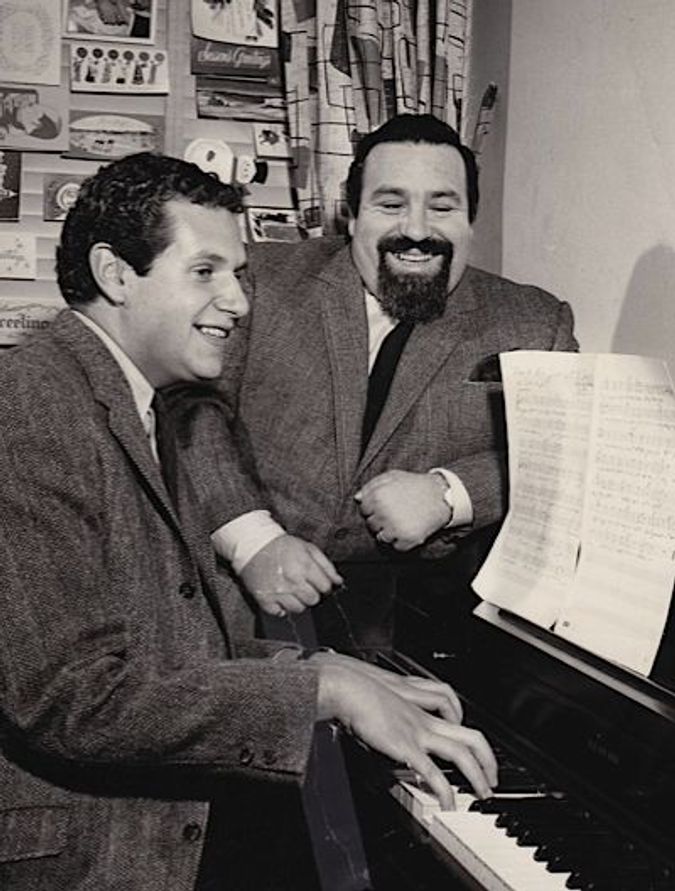 Why would he be? He was just 6 years old when he contracted polio. And in a sad irony fit for a blues song, the young Brooklynite caught the virus at a country summer camp he’d been sent to specifically to avoid the disease.

It’s no wonder that Felder was attracted to the Joe Turner songs of pain and suffering he heard on the radio. It’s no surprise, too, that the teenager started hanging out at blues clubs.

What is a little shocking is that when they asked this white Jewish kid on crutches what he was doing there, he had the chutzpah to say he was a blues singer. And he was. Except for the name, of course. So he changed it, to Doc Pomus.

As filmmaker Peter Miller points out in his documentary, “A.K.A. Doc Pomus,” Felder ultimately went on to write the songs that became the soundtrack for many of our lives: “Save the Last Dance for Me,” “This Magic Moment,” “A Teenager in Love,” “Can’t Get Used to Losing You.”

Pop song writing in the ‘50s was centered on the famous Brill Building in Manhattan, the ground zero of the music publishing business. In the world of Brill Building writers — Gerry Goffin and Carole King, Howie Greenfield and Neil Sedaka, Barry Mann and Cyntha Weil, among others — Pomus and his partners were the sun around which other planets revolved.

Miller spoke to The Arty Semite about how he came to make this film, his background in Jewish-themed documentaries, and how marriage changed his level of observance.

Curt Schleier: You’re only 51. Were you familiar with Pomus-era music?

Peter Miller: I’m probably too young to have lived through the Brill Building years, but the songs created there lived on; I’ve heard them all my life. I knew his songs, before I knew who Doc Pomus was.

How did you come to this subject?

I had the good fortune of making “Jews and Baseball: An American Love Story.” My producing partner on the film was Will Hechter and he said, “Let’s do another film together.” He was interested in Jewish subjects and knew that the Brill Building had a lot of Jews (from Brooklyn) in it creating music. I told him it was a good subject, but it would probably be better to pick one person to make the movie about. I find that one is sometimes better than a group. He called me back in a few days and said Doc Pomus. I read a bio written about him and was absolutely blown away. I knew he’d be a tremendous subject for a film. Then Will contacted Doc’s daughter, Sharyn [Felder]. She’d been planning and working on a documentary for a number of years and hadn’t been able to finish it. She had an unbelievable treasure trove of info about her father. So we teamed up and brought it to the finishing line.

What kind of music did you listen to growing up?

I loved rock and roll. I was a musician. I played the guitar. I played in bands. When I went to college, I worked on the school radio station. I remember playing versions of “Play the Last Dance for Me.” Without knowing Doc Pomus I was passionate about his music.

What other music were you passionate about?

When I was a kid I liked the Grateful Dead, and then graduated to punk rock. I played some blues and I played jazz, but I really liked the blues. One of the things that struck me about Doc was how he discovered the blues as a kid and everything else he did was rooted in that.

You interviewed some interesting people for the film, from Ben E. King to B.B. King, Celine Dion, Dr. John and Lou Reed, among many others.

I’ve been making documentaries for something like 20 years now and I have done a lot of interviews. But I’ve never experienced anything like what I experienced on this film. Doc surrounded himself with the most articulate, soulful, beautiful cast of characters I’ve ever encountered. The first day I interviewed one of the gamblers Doc played with and his long time girlfriend, and I thought I can’t top this. But the next day, the interviews were even better. I realized that was because Doc was a magnet for extremely cool and extremely interesting people. I heard but wasn’t able to substantiate that when he was a kid he won a contest for the highest IQ in Brooklyn. He was brilliant, but also personable and social. His songs reflected a technical genius and soulfulness that is extremely rare in a creative person. I think the people who sought him out recognized his talented soulfulness.

Like your producing partner, you have demonstrated an interested in Jewish subjects. You have another film making the festival rounds now, “Sosúa: Make a Better World.” What’s that about?

Sosúa is a town in the Dominican Republic where about 800 Jewish refugees settle during World War II. One dictator [Rafael Trujillo] welcomed people from another dictatorship. A YM-YWHA in Washington Heights asked itself how we relate to a changing neighborhood. The film is about how they got the neighborhood kids together to produce a musical about the rescue.

How do you select your subjects?

I make movies about people excluded from the mainstream of society finding themselves. Doc Pomus was poor, disabled and he could have disappeared. He ends up becoming one of America’s greatest songwriters. I am passionate about stories about underdogs, people who find strength to overcome exclusion and adversity.

What about your background?

I was brought up in a Jewish house in Lexington, Mass. Like Doc Pomus, I’m a cultural Jew. I never went to synagogue, but being Jewish is really a huge part of my identity. My family cared about being Jewish. As a young man I went to Israel and worked on a kibbutz. I was not a bar mitzvah, both my daughters had a bat mitzvah. It was partly my wife and my own desire. I was curious and I wanted to learn more. My daughters bat mitzvahs were the happiest days in my life.

Watch the trailer for ‘A.K.A. Doc Pomus’: