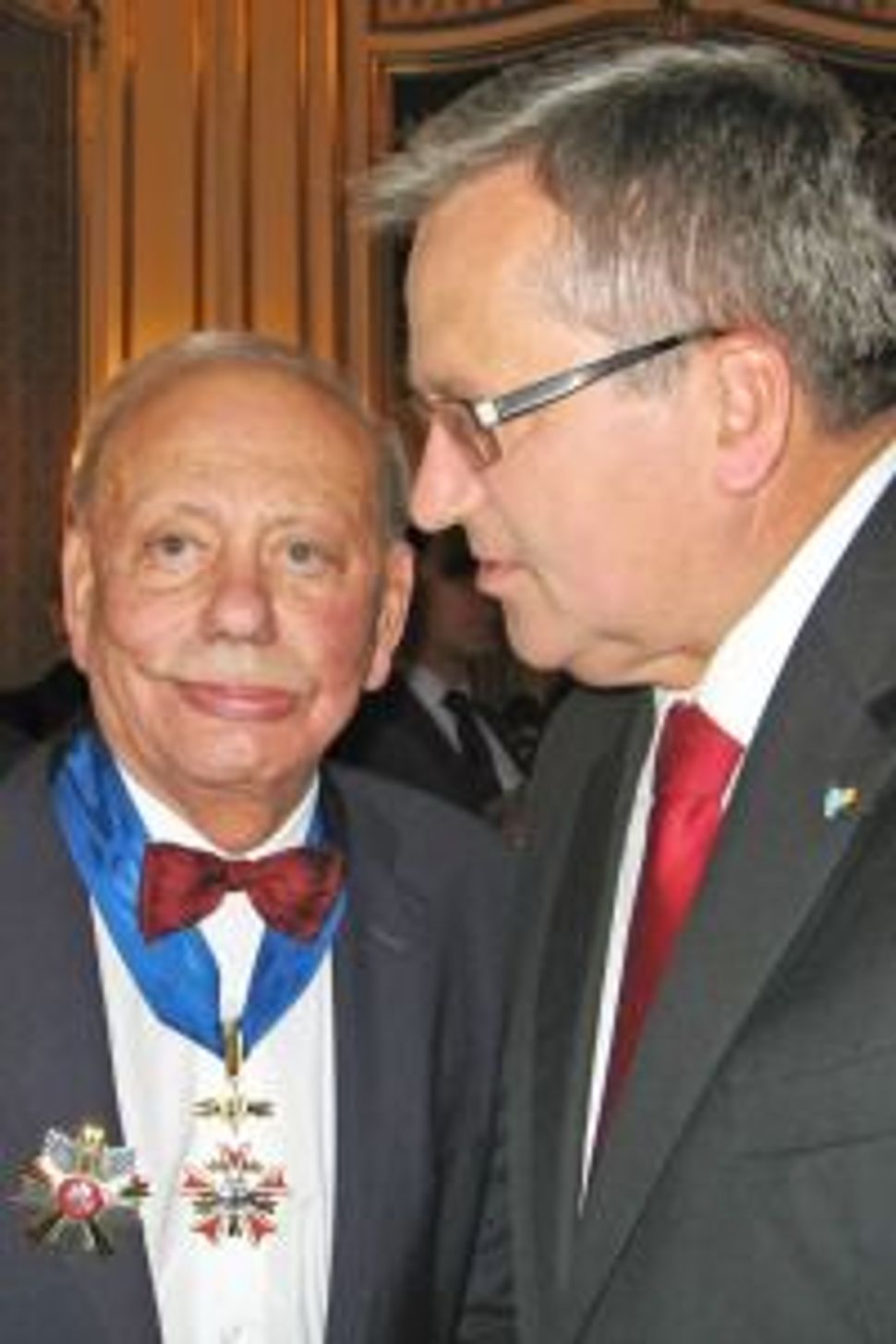 “Not every Pole is an anti-Semite and not every Jew is anti-Polish, “ has long been the mantra of Czestochowa-born Holocaust survivor Sigmund Rolat, an orphan and survivor of a Nazi slave-labor camp in Czestochowa who in 1948 arrived in New York City as a penniless teenager. On September 23, he was honored at a special ceremony hosted by Consul General Ewa Junczyk Ziomecka at New York’s Polish consulate.

A businessman extraordinaire, philanthropist and major financial backer of The Museum of the History of Polish Jews in Warsaw, Rolat was presented with the Commander’s Cross of the Order of Merit of the Republic of Poland by Poland’s president Bronislaw Komorowski. 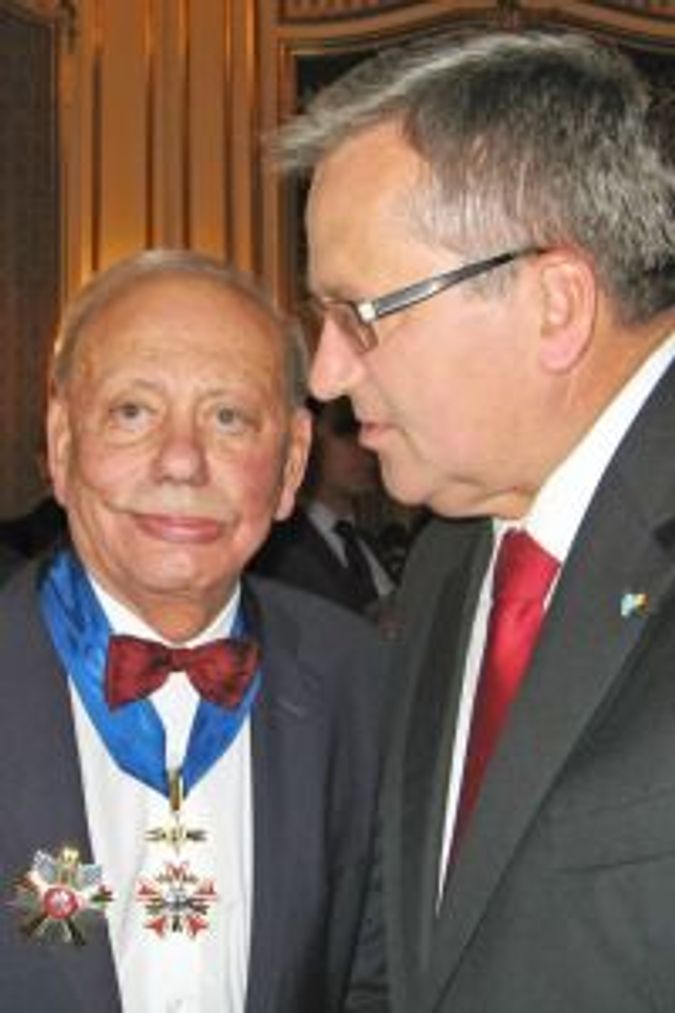 “It is an honor to be decorated by President Bronislaw Komorowski with others, who as myself, emigrated from Poland — but never really abandoned her,” Rolat said. “Life decided that we leave, in all cases dramatically — war, Holocaust, then Communist enslavement. But our hearts remained there — mine in Czestochowa where I was born…There were our homes, our families…there today are graves of our ancestors.”

The gathering of Poles and Jews at the ceremony included past medal recipients Cantor Joseph Malovany, David Marwell, director and CEO of The Museum of Jewish Heritage — a Living Memorial to the Holocaust, as well as this Warsaw-born columnist.

Rolat — who on other occasions stated that “Poland as a nation was also a victim of the Nazis — No other country has a larger list of Righteous Gentiles at Yad Vashem than Poland”— announced, that shortly an international committee will be formed to build a monument to express gratitude to those Poles who saved Jews from death during the Holocaust.” In his address, President Komorowski touted the proposed monument in memory of Poles helping Jews as “making a difference between Polish-American relations, Polish-Jewish relations and Polish-Polish relations.”

On a personal note, my mother and I owe our survival to a Polish peasant woman who risked her life and that of her family to hide us in her hut in the shadow of a Nazi patrol booth, yet refused a reward of any sort stating, “It is my Christian duty.” Benjamin Meed, co-founder of the American Gathering of Holocaust Survivors once told me that “it took ten Poles to hide one Jew” a statistic that his wife Vladka Meed— who had been a weapons smuggler into the Warsaw ghetto and courier between the Polish Underground and the Warsaw ghetto fighters — concurred during one of our conversations.