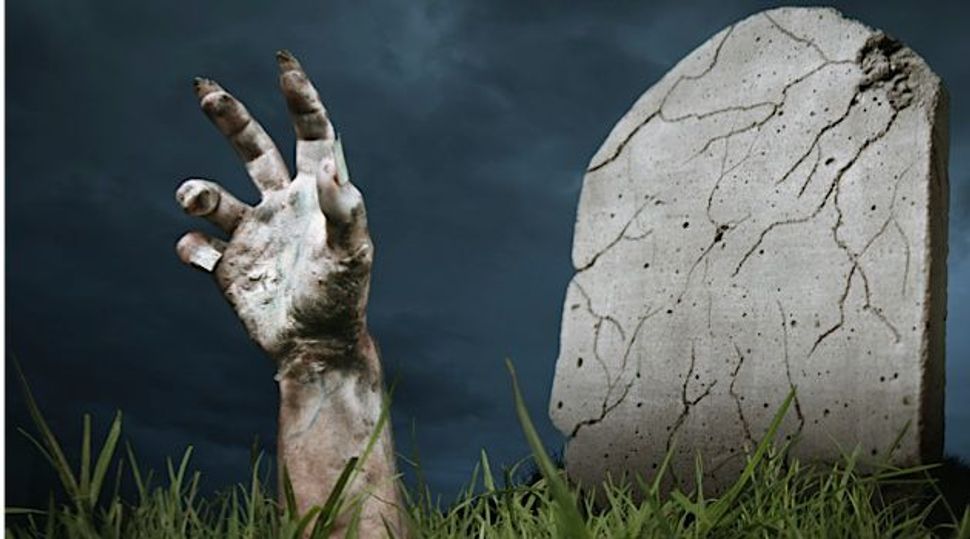 Nothing brings people together — or rips them apart — like zombies. In the recent Hollywood blockbuster “World War Z,” Israelis and Palestinians band together against swarming hordes of the undead. But this unlikely coalition is short lived. The noise of their joint celebration attracts thousands of flesh-eaters who hurl themselves over a massive security wall and proceed to devour everyone in sight. 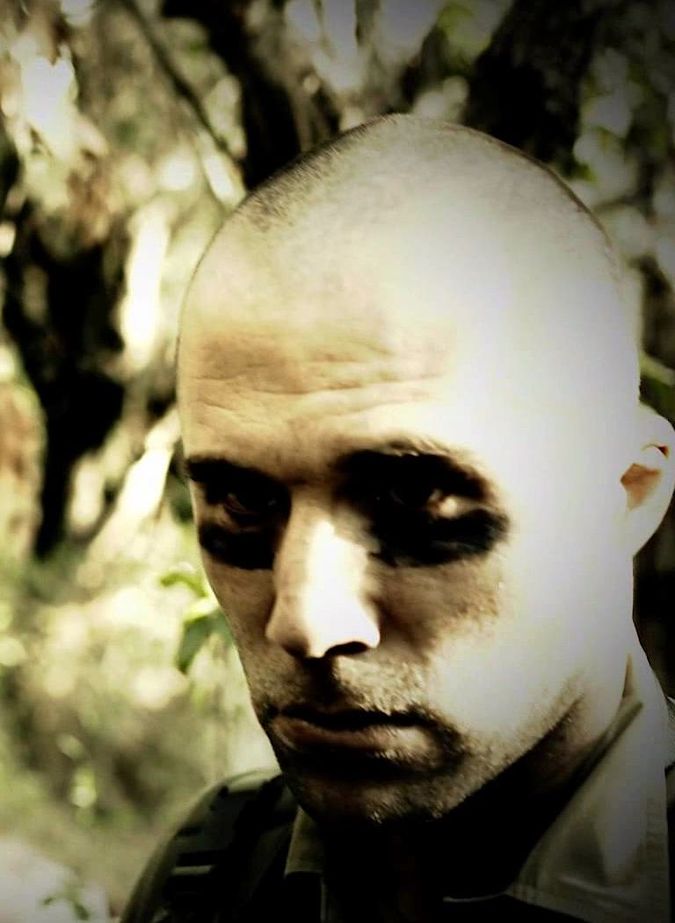 This year, Israel unleashes two of its own zombie films, Eitan Gafny’s “Cannon Fodder” and Eitan Reuven’s “Another World.” Reuven’s film has just been completed, while Gafney’s has already garnered four awards at festivals around the world. These films were preceded by the short zombie comedy “Muralim” (“Poisoned”), made in 2011 by Didi Lubetzky. Is there some meaning behind this outbreak of Israeli zombie films, other than the worldwide popularity of the genre?

“World War Z” was largely dismissed by Arab press outlets, such as Al Jazeera, and Arab moviegoers, as “Zionist propaganda.” In that film, Israel is praised for its foresight for constructing a massive wall to keep zombies out. “World War Z” also depicts the Israeli army as a benevolent force that rescues Palestinians. Newspapers such as the Washington Times reported that many Arab filmgoers found these scenes false and insulting. Some believed the zombie-wall represented a covert justification for Israel’s separation barrier. There were even Israeli film critics, such as Chen Hadad for “Achbar ha’Ir” magazine, who took issue with the purely heroic portrayal of the Israeli army. Both sides found the Israeli-Palestinian festivities to be grossly unrealistic. However, these scenes may also represent wish-fulfillment, a genuine desire to see peace in the Middle East. The fact that this peace seems ridiculous to Israelis and Palestinians demonstrates feelings of hopelessness about the conflict.

So it’s natural to wonder what the Arab press would make of “Muralim” (“Poisoned”). The title has a double meaning: It literally means “poisoned,” and it is also army slang for being “gung-ho” for the military. Unlike “World War Z,” Lubetzky’s film is critical of the Israeli army. The film’s protagonist, Danny, is a wimpy jobnik gardner on an Israeli military base in the Negev. Danny is a disappointment to his father, a macho army hero, and he is relentlessly tormented and assaulted by the aggressive soldiers on the base. When, through military incompetence, a tainted vaccine turns the soldiers on his base into zombies, Danny must rise to the occasion to save himself and the woman he loves.

By and large, the Israeli army in “Muralim” is portrayed as inept. The film also depicts soldiers as unthinking meatheads, implying that they were figurative zombies before they became literal ones. The movie even goes so far as to have Danny pause during a zombie attack to destroy the framed citations awarded to his loathsome military commander. Lubetzky gets good comic performances out of his actors, particularly David Shaul, who plays Danny. Additionally, the director demonstrates that he can deftly handle action scenes. Muralim’s pointed criticism of the Israeli military set the trend for Israel’s subsequent zombie films.

In “Cannon Fodder,” a crack-team of Israeli soldiers sneak into Lebanon and form an uneasy alliance with the daughter of a Hezbollah leader to eliminate zombies. In this film, Israel’s military is sharply criticized. The film blames the military for creating the chemical weapon that has turned the film’s Arabs into zombies. At the same time, the Arab zombies in the film may be a metaphor for the “Arab Street,” blindly following jingoistic leaders. “Cannon Fodder” takes the army to task for its mistreatment of Arabs and parodies Israeli machismo, even targeting heroes like Moshe Dayan. The movie also examines tensions between secular and religious Israelis, exposes racism toward Ethiopian Jews, and discloses economic discrimination against Russian Jews. There are several twists in the movie that reveal the past sins that are responsible for the current zombie plague.

The social criticism present in Gafny’s zombie film puts him in the same category as American filmmakers like George A. Romero. In Romero’s “Night of the Living Dead,” zombies are a metaphor for depicting American racial tensions, the generation gap, and the horrors of the Vietnam War. Gafny’s film is the most polished, well directed, and entertaining of this crop of Israeli zombie films.

“Another World,” by contrast, contains almost no political or social criticism. In interviews, Reuven has explained that his film was made purely for export and to cash in on the popular genre. “Another World” is shot in English and looks like it could be set in America. The plot of the film is similarly generic: Four survivors of a mysterious plague bicker and run away from fast-moving zombies. However, “Another World “is not entirely without political import. The film is critical of the military establishment, and like “Muralim” and “Cannon Fodder,” it puts the blame for the zombie plague on an unnamed army. But because the film is so conventional it lacks the soul of “Muralim” or “Cannon Fodder.”

Like most genre films, including “World War Z,” the primary goal of the Israeli zombie movies is to entertain. However, unlike that American zombie film, these movies have a critical aspect that demonstrates how the IDF, a supposedly apolitical and elemental component of Israeli life, is seen as being implicated in the country’s crises. The “weaponization” of people is common across the films — it is people’s actions and the rule of unintended consequences that makes these films apocalyptic. In these movies, the notion of “consumption” — of zombies eating the living — communicates to the viewer that in Israel the present is always in danger of being consumed by the past.

Watch a trailer for ‘Cannon Fodder’: