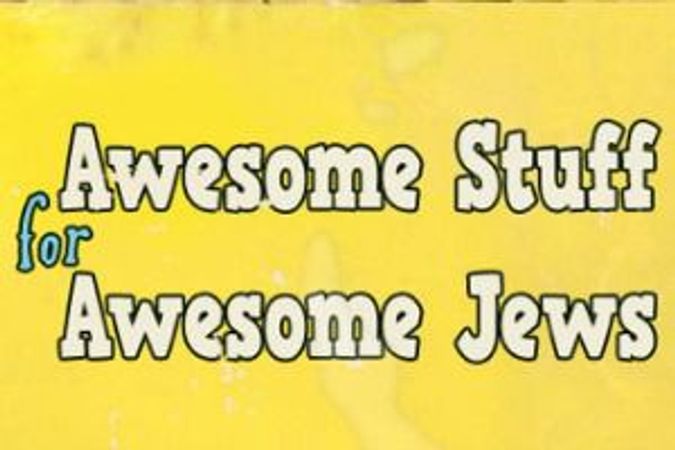 What do you call a website that offers viral Jewish video, all the time?

Tagged as a place that offers “Awesome content for awesome Jews,” and approved by the BJA (the Board of Jewish Awesomeness), Shmideo seeks to carve a space for content that is both appealing to all types of viewers, while retaining a meaningful Jewish core.

“My wife has coined the term ‘spectacularly imaginative Jewish content,” said Taub. “There’s a lot of Jewish websites that have a lot to offer but aren’t fun or engaging and can be threatening for that reason. And [then] there are some websites that are irreverent and fun, but doesn’t have enough Jewishness in it.”

Shmideo, he says, is the happy medium: “The idea behind Shmideo is that is conveys media and there’s just enough Jewishness so everyone recognizes it [as such], but not enough so it makes anybody feel like ‘That’s not my type of Jewishness.’”

Content ranges from the animated puppet adventures a “Rabbi, his neighbor and their pet gefilte fish” on the “Itche Kadoozy Show”, to short “Hassidic Tales,” written by Naitdich.

But the best way to describe the three is perhaps through their own words:

Naitditch, according to his Shmideo bio is “an overweight and hairy Hasidic rabbi, and a pretty good writer of small pieces of fiction with angels and such. He and his beautiful tiny wife have six children and may have twice as many by the time you’re done reading this.”

Taub describes himself as a “writer, tinkerer, family-man and all around good guy (I wrote this myself!)” Evidently, he’s modest, too.

And last — but not least — Broocker is “an animator, illustrator, producer, director, and harmonica player. He has trouble sitting still and can often be found pacing, jumping and loudly guffawing.”

The three connected in Pittsburgh (dubbed the “Hassidic Hollywood,” by Taub) after graduating from university and yeshiva. Naiditch and Booker were friends growing up, but it was Taub’s arrival on the scene that pushed the three to launch an Indiegogo campaign to build a fully-fledged website. They raised $15,037, just over original $15,000 goal.

So, still think frum can’t be funny? Check out Shmideo’s newest take on — what else? — Thanksgivukkah: