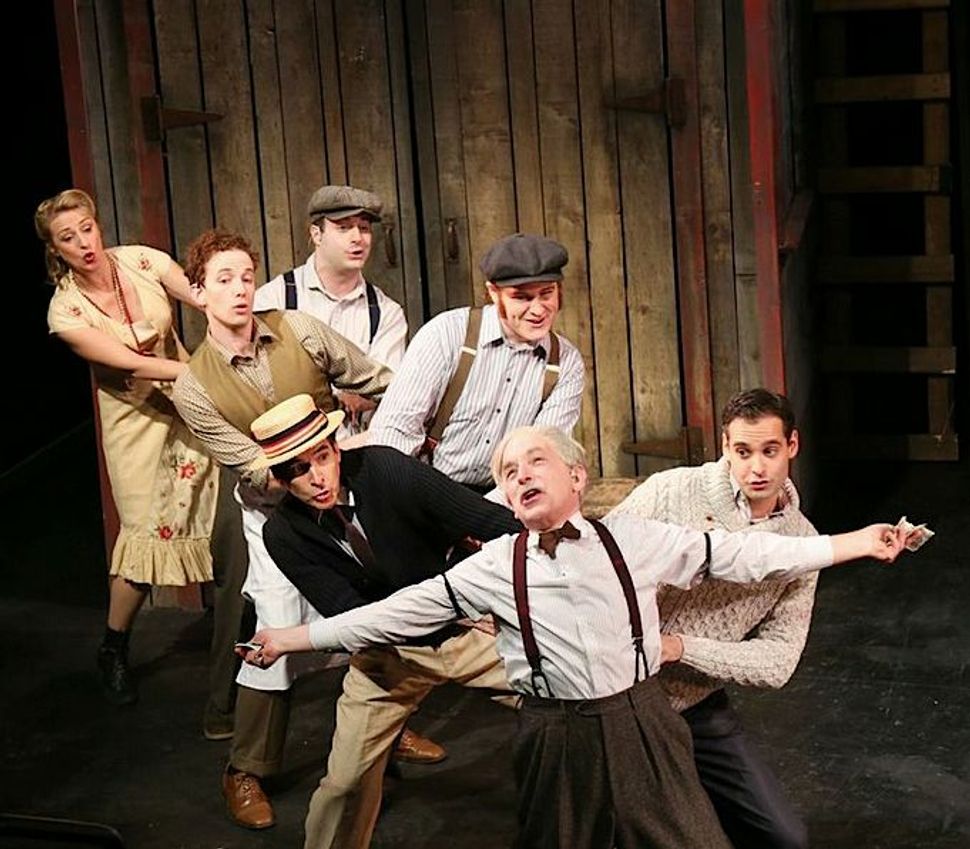 “Lies My Father Told Me” is one of the most ambitious productions in the 99-year history of the National Yiddish Theatre-Folksbiene. The musical has a large and extremely talented cast of 17. It features an innovative, Broadway-caliber set (by John C. Dining). And it has a long and storied history, both as an award-winning film and a play with music. 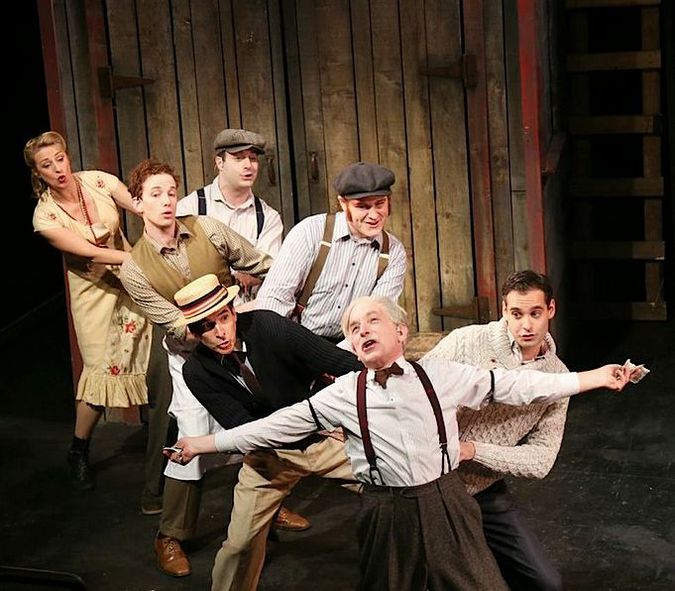 “Lies” is based on the autobiographical works of Ted Allan, a Canadian writer, who grew up in a poor Montreal neighborhood in the 1920s. His doppelgänger here is David Herman, who lives with his grandfather and parents.

Young David (Alex Dreier, definitely a star in the making) is caught between his beloved Tevye-like Zaida (Chuck Karel) and his father, Harry (Jonathan Raviv).

Zaida is a junk man, who takes David with him on his Sunday rounds, regaling him with Jewish stories and wisdom along the way. Harry fancies himself more modern and constantly belittles the older man and his beliefs.

If the inter-generational battle between religion and secular had been the central plot line, it would have been sufficiently involving. But Harry is also mean and delusional, blinded by ambition and always coming up with hair-brained schemes to make money. If that’s not enough, he’s also — at least by contemporary standards — abusive to his wife and son.

There is no subtlety; the plot is so black and white it’s difficult to make an emotional connection. Also, while the story is supposed to be about the Jewish immigrant experience, you don’t get a sense the neighborhood is Jewish.

While the show’s intensity picks up later in the second act, both music (Elan Kunin) and choreography (Merete Muenter) are uneven.

Some songs and dances soar while others seem amateurish. One particularly discordant note is “What’s With the Knees,” an anthem-like melody sung by Harry towards the end of the first act about how badly he’s misunderstood. Anthems should be sung by folks manning the battlements, not losers blaming others for their misfortune.

On the plus side, the show is wonderfully cast. There are great voices throughout, especially Renee Bang Allen and Joe Paparella, who plays David as an adult and narrates the show.

“Lies My Father Told Me” runs through December 15 at the Baruch College Performing Arts Center.