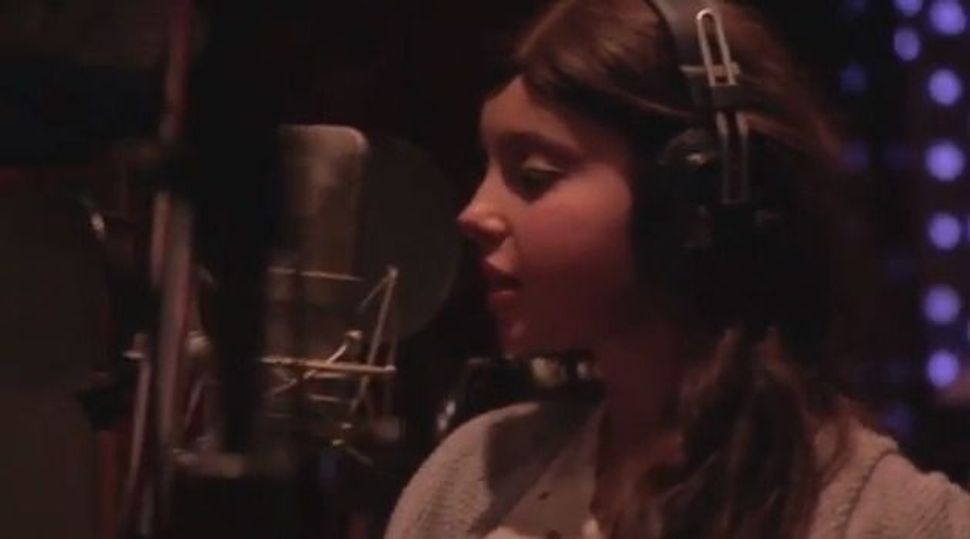 (JTA) Olivia Wise, the Jewish teenager from Toronto whose cover of Katy Perry’s “Roar” became a viral hit, died of brain cancer on Monday, CNN reports. She was 16.

Wise made the moving recording in September after learning her condition was untreatable. She was wheelchair-bound, unable to stand or walk, but her spirit was evident nonetheless.

The video touched many — including Perry, who shot back a video message of her own. “I love you, a lot of people love you, that’s why your video got to me,” Perry said. “And it moved everyone who saw it.”

Perry responded to Wise’s death late Monday night. “Olivia Wise, I can hear you singing with the angels now,” the pop star tweeted. “Your spirit & strength has inspired me & so many others… May you rest in peace.”

Olivia Wise, I can hear you singing with the angels now. Your spirit & strength has inspired me & so many others… May you rest in peace.

Named in her honor, the Liv Wise Fund has so far raised over $90,000 in support of brain tumor research. You can make a donation here.