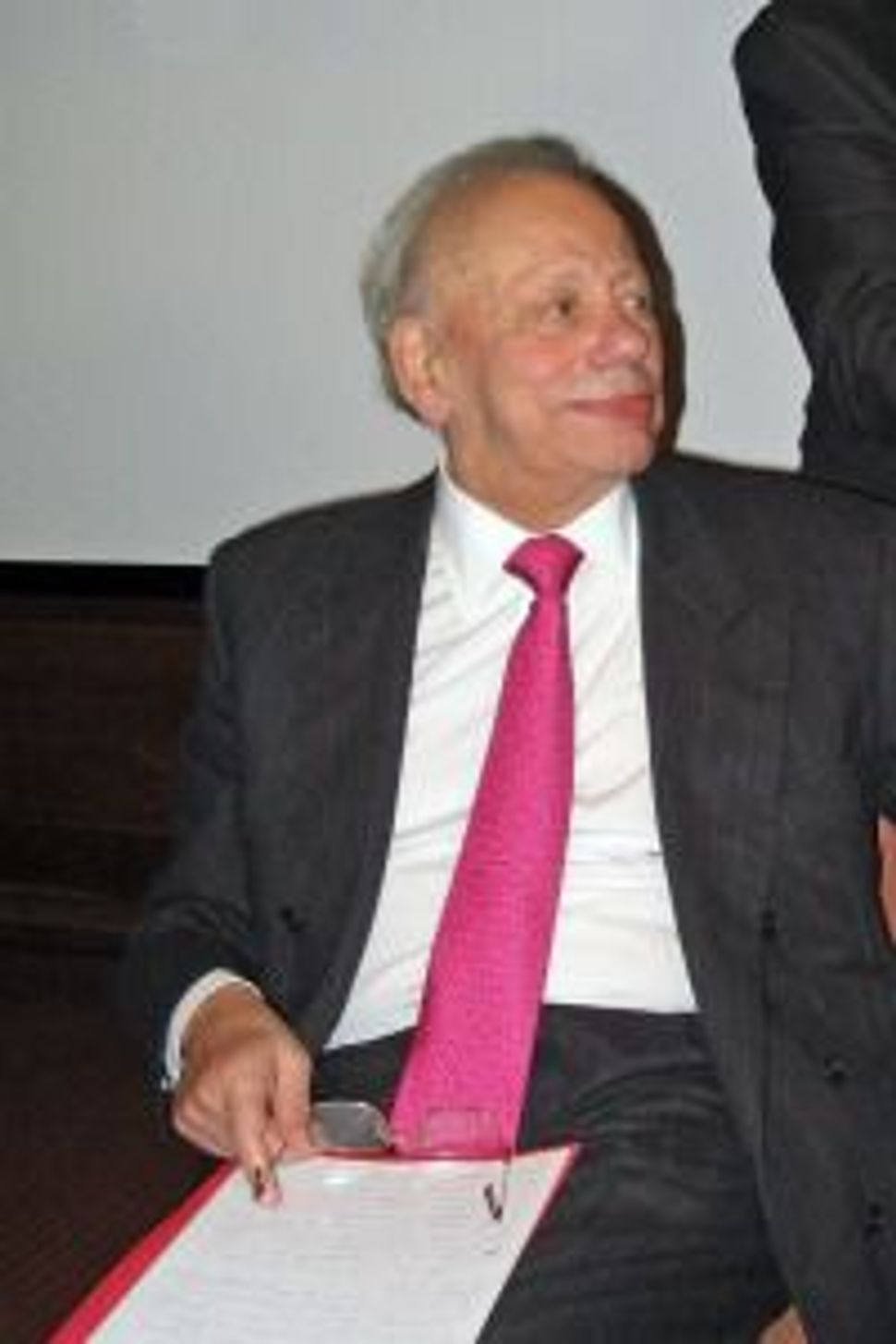 In his acceptance speech Rolat — who unveiled a monument dedicated to Czestochowa’s 40,000 Jewish citizens who perished in Treblinka, restored the city’s philharmonic–naming it after Bronislaw Huberman (founder of what became the Israel Philharmonic Orchestra) and brought Joshua Bell (with Huberman’s violin) to perform there, and has been the driving force behind the about-to-open Museum of the History of Polish Jews in Warsaw — dubbed Karski as “One of the major figures of World War II.” 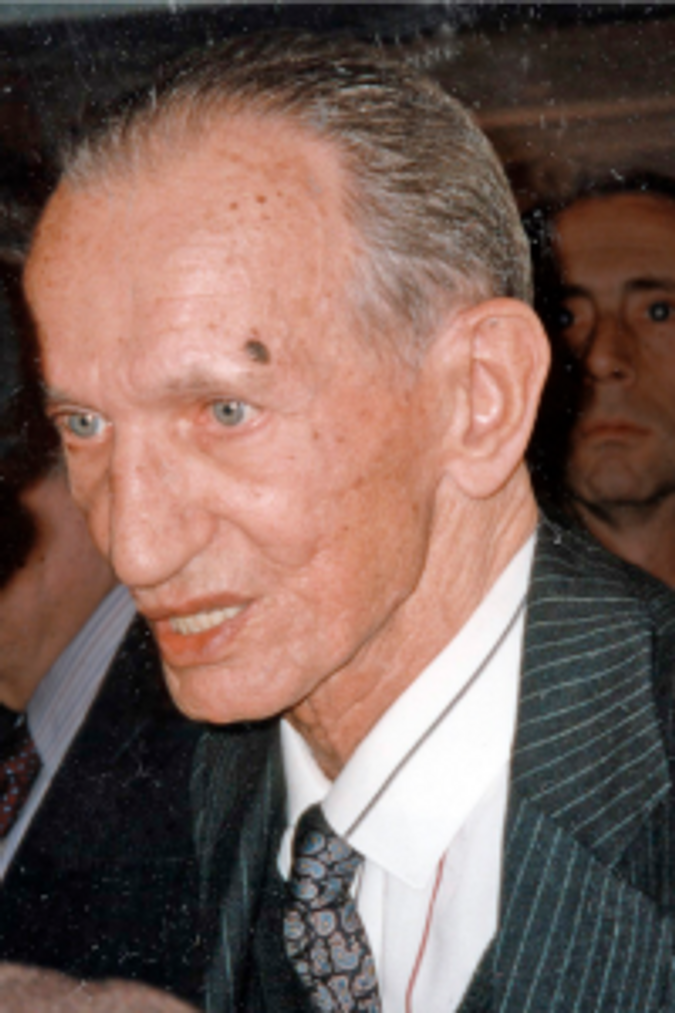 In 1942 Karski, a member of the Polish Home Army (Armia Krajowa) was ordered to go to the West and report on — among other issues — the plight of Polish Jewry under the Nazis. He met with a Zionist leader and a Bundist and was then smuggled into the Warsaw ghetto by Leon Feiner, a lawyer and Bundist activist, to be an eyewitness to the Jews’ doomed fate.

Later, in London, he briefed prominent Bundist Shmuel Ziegelbojm. The Polish Government in exile arranged for Karski to meet with Britain’s foreign minister Anthony Eden who blocked his access to Churchill. In Washington he met with FDR who listened but did nothing. Justice Felix Frankfurter told him he did not believe him nor did Rabbi Stephen Wise. Meanwhile, Auschwitz continued to operate overtime after the Jews of Treblinka revolted and destroyed its crematoriums. In desperation and a futile attempt to get the world’s attention to the annihilation of Polish Jewry as I then read in the Yiddish Forward in Canada — on May 12, 1943 in London, Ziegelbojm discharged a revolver in this mouth.

Poland’s consul general in New York, Ewa-Junczyk Ziomecka told that evening’s assemblage at the Museum of Jewish Heritage: A Living Memorial to the Holocaust: “Sigmund Rolat and Jan Karski were both born in Poland — Karski in Lodz, Sigmund in Czestochowa. I am proud to be their co-patriot.” 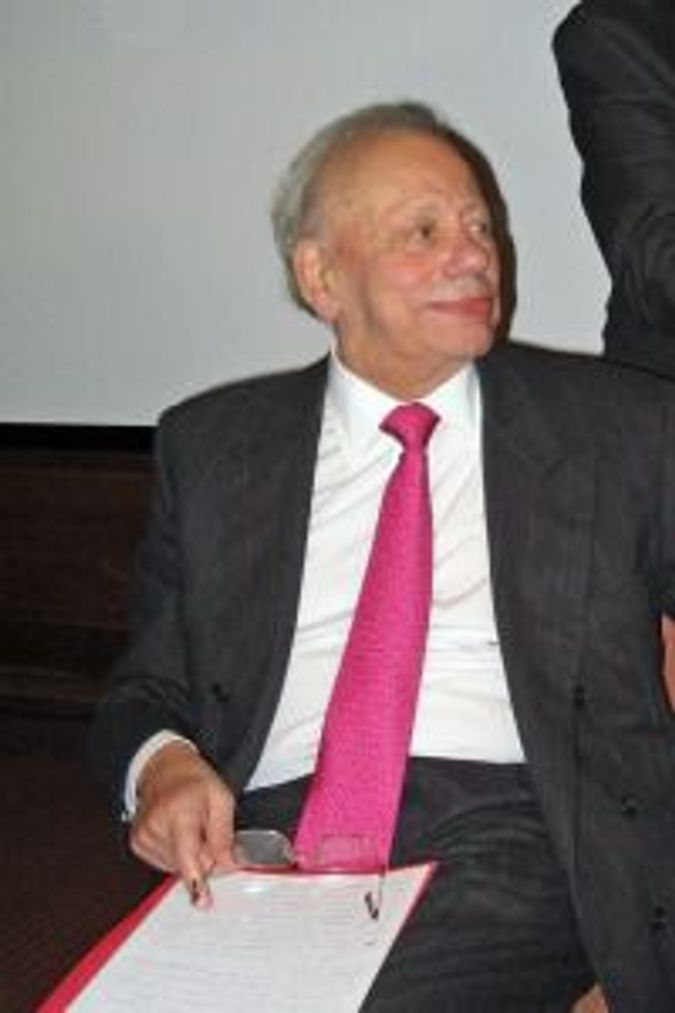 Rafael Medoff, the Institute’s indefatigable founding director, touted its latest outreach project — in collaboration with Disney Educational Productions — an ambitious graphic novel style video which highlights the Jan Karski Saga: “They Spoke Out: American Voices Against the Holocaust 1938-1945” narrated by Spiderman co-creator Stan Lee. It will be distributed to schools in Poland, the U.S. and more. A volume “Cartoonists Against the Holocaust” published by Yoe Books, which includes work by such artists, as Dr. Seuss will be published in 2014.

I first met Jan Karski at the September 8, 1997 YIVO Institute for Jewish Research-sponsored lecture “Opening Pandora’s Box: Poles and Jews 50 Years After the Holocaust” presented at the Kosciuszko Foundation. That evening, I told Karski that Feiner and Ziegelbojm had been my father’s colleagues and that Ziegelbojm’s son had been a schoolmate of mine at the Chmurner Shule on Warsaw’s Krochmalne St. Whenever we met, Karski would grasp my hands in his and, in both Polish and English, wish me well.

Then next evening November 19th, at the Polish Consulate, The Jan Karski Educational Foundation presented the Spirit of Jan Karski Award to U.S. Ambassador to the United Nations Samantha Power.