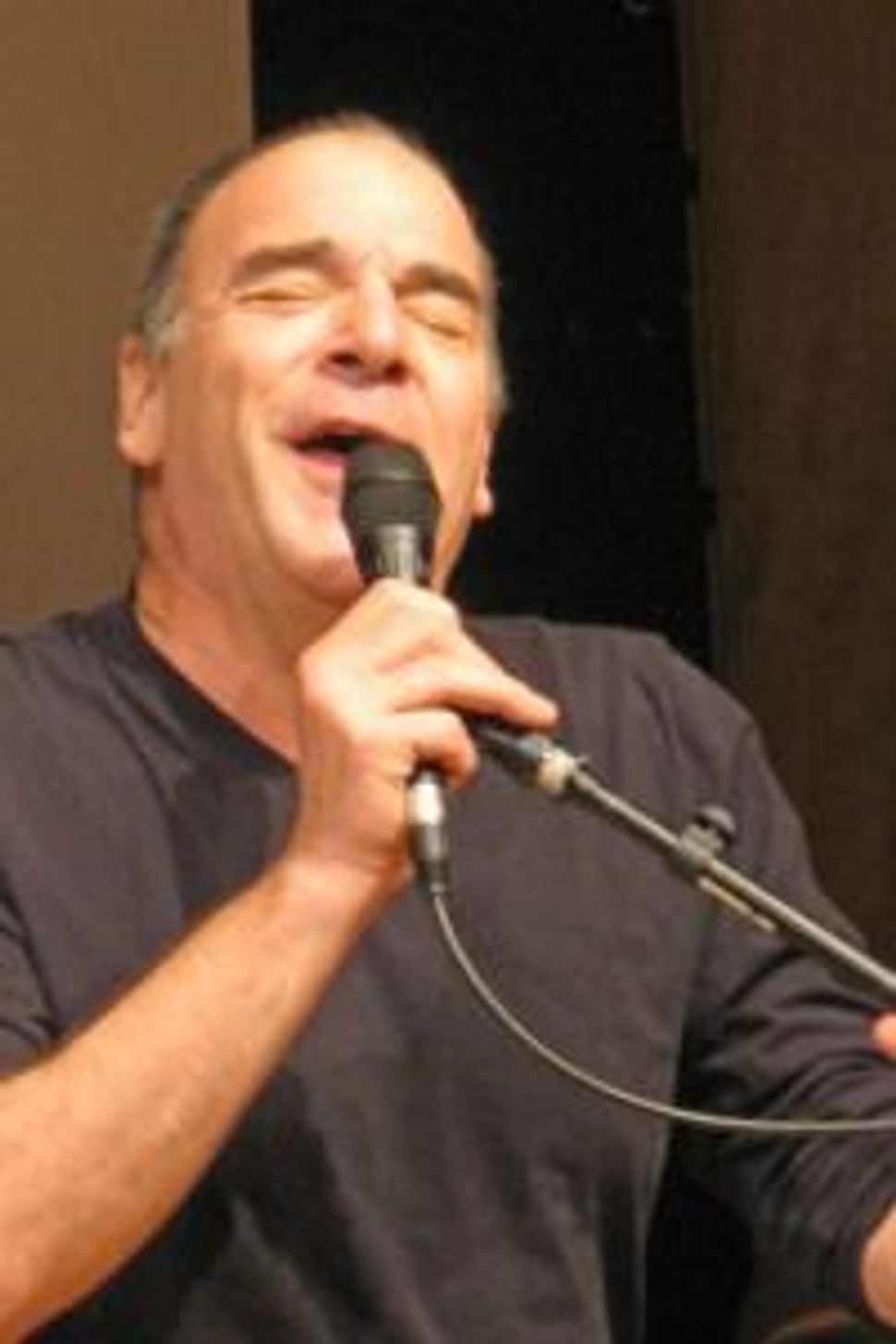 “If you asked me to pick one blessing that means the most — other than my wife and children — I would choose Zalmen Mlotek and [his parents] Chana Mlotek and Yosl Mlotek teaching me my [articulation] lessons so we could make a CD called “Mamaloshn.”

Crediting Oscar Hammerstein with the line from “Carousel” — “As long as there’s one person in life who remembers you — it isn’t over,” Patinkin said: “I will forever see Yosl and Chana Mlotek celebrating life and raining joy on all of us.”

Accompanied on the piano by Paul Ford, Patinkin sang a favorite of Chana Mlotek “Unter Dayne Vayse Shtern” (“Beneath your white stars”). Patinkin noted that: “Chana and Yosl will be with us forever…in every song they preserved, every life that they touched, and we are blessed to have them in our lives and it will never end.”

With Zalmen Mlotek at the piano and brother Mark (Moish) Mlotek — their wives and children on stage — it was a festive, upbeat celebration with both the family and a roster of stars performing — a nostalgic trip that had many in the audience teary-eyed, but mostly laughing and optimistic about the future of Yiddish thanks to the extended Mlotek family. Mark recalled that he recently sent his mother an e-mail at 9:45 a.m. asking for a list of some of the [thousands] of songs “she uncovered and brought back to life…. at 9:54 a.m. I got her response.” In less than one minute Mark rattled off a list of off close to 50 formerly lost Yiddish songs.

The evening’s performances include a Purim Shpil that Chana Mlotek had set to a Gilbert and Sullivan score. With Hankus Netsky, a founder of the Klezmer Conservatory Band, at the piano, Henry Carrey delighted with Chana’s lyrics set to the Major General’s patter song from “The Pirates of Penzance.”

Instead of naval feats, she listed not only Esther’s seductive physical attributes, but her intellectual yichus (pedigree) which included a rhyming recitative of dozens of Yiddish writers, poets, composers, actors and icons such as Einstein, Thomashefsky, Sholem Aleichem, Koussevitzky and more.

Tony-nominated director Eleanor Reissa sang that Yiddish classic Koyft a Tzaytung (Buy a newspaper) which included a recently recovered verse “ Buy a paper! Yiddish Daily Forverts!…A strike! A catastrophe! A scandal!…. you will find it all there.”