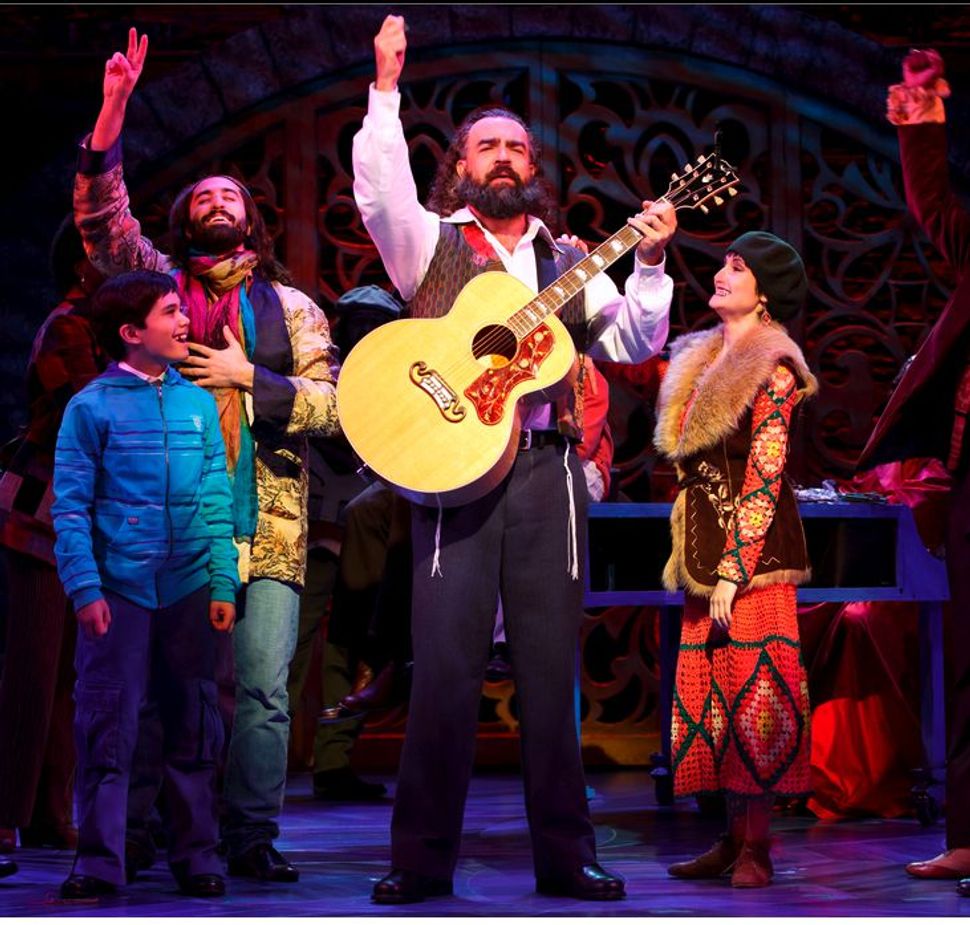 Sarah Silverman came out with a new HBO special this year, and was in the news for her new YouTube channel as well for wearing a cross. But she wasn’t the only woman working with blue material. Amy Schumer made a splash with her Comedy Central show “Inside Amy Schumer” and Joan Rivers launched a new Internet talk show, “In Bed With Joan,” while also managing to start a feud with the ADL.

2. Shlomo Carlebach in Africa and on Broadway 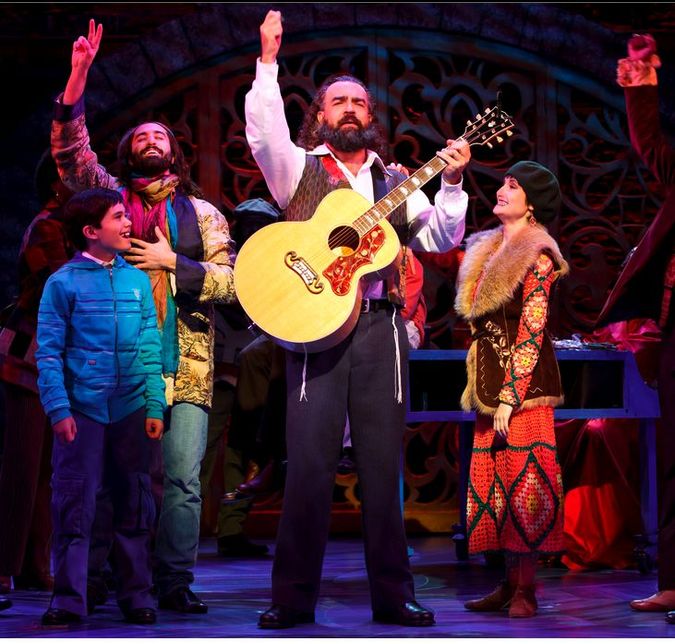 Gearing up for Shlomo Carlebach’s 20th Yahrtzeit in 2014, this past year saw a couple re-imaginings of the life and work of the “Singing Rabbi’.” In the winter Jon Madoff released his “Zion80,” album, which combined Carlebach’s tunes with the rhythms of Afrobeat legend Fela Kuti, while the spring saw the premiere of the “Soul Doctor” bio-musical on Broadway.

There’s more than enough to draw from in the canon of Yiddish culture, but 2013 saw new Yiddish productions including a dictionary, a Yiddish production of “Waiting for Godot,” publication of new literary journals, and an all-Yiddish film from Canada.

It’s hard to think of downtown experimental music guru John Zorn ever getting old, but with Zorn’s 60th birthday this year, the composer, saxophonist and producer is becoming — dare we say it — venerable. Fortunately, the occasion brought a wealth of tributes and performances around the country, paying homage to one of the most important forces in American avant-garde music today.

Artists like Art Spiegelman and Daniel Clowes were once on the fringes of the art establishment, but with shows this year at The Jewish Museum in New York and the Museum of Contemporary Art Chicago, they are now firmly within the fold.

Outsiders have long been fascinated with hasidic life, and this year saw several works that revealed that world with unprecedented nuance. “Fill the Void,” an award-winning Israeli film about a Tel Aviv religious family, opened in the U.S. to acclaim, while smaller productions included an art exhibit about hasidic dress, satirical videos about religious stringency, and a play about the bike wars of Williamsburg.

Every year sees a new crop of Holocaust-related films, many of them very good. But not every year sees an award winning biopic of Hannah Arendt, the German-Jewish philosopher who covered the Eichmann trial for The New Yorker. Besides Margarethe von Trotta’s “Hannah Arendt,” 2013 also saw the release of such notable films as “Aftermath,” “The Pin,” “No Place on Earth” and Claude Lanzmann’s “The Last of the Unjust.”

8. Israel Up Close and Personal

There are always good books being written about Israel, but this year saw a few that are likely to be read for years to come, as well. Anita Shapira’s “Israel: A History” took home the Jewish Book Award for its concise telling of the country’s past, while Yossi Klein Halevi’s “Like Dreamers” and Ari Shavit’s “My Promised Land” brought a wealth of personal stories and perspectives to bear on Israel’s past and future.

The outcome of Netflix’s assault on traditional TV has yet to be seen, but the online juggernaut made its mark in 2013 with several high-profile original shows. These included “Orange Is the New Black,” based on the lives of Six-Word Memoir project founder Larry Smith and his wife, Piper Kerman, as well as the (arguably) talmudic comedy, “Arrested Development.”

10. Cantor in the Stadium

People once packed synagogues just for the pleasure of hearing a superstar cantor. These days, they’re packing arenas and stadiums, as they did the Barclays Center in Brooklyn and the Hollywood Bowl in Los Angeles for Yitzchak Meir Helfgot and Itzhak Perlman’s “Eternal Echoes” tour. Who says that you can’t teach a new audience old tricks?

Technically, the 50th anniversary of “Fiddler on the Roof” won’t be until 2014, but we’ll be prepared for it thanks to Alisa Solomon’s comprehensive account, “Wonder of Wonders: A Cultural History of Fiddler on the Roof.” Along with Solomon’s book, this year also brought the first ever biography of Sholem Aleichem, providing the necessary background both for “Fiddler” and for modern Jewish history itself.

Even at 72, Bob Dylan is always up to something, whether it’s induction into the American Academy of Arts and Letters, the French Legion d’Honneur, putting out unreleased material, or being accused of hate speech by Croatians. But 2013 also saw the release of the Coen brothers’ “Inside Llewyn Davis,” about the Greenwich Village folk scene which gave birth to Dylan in the first place, and which is already climbing up critics’ best-of lists and gathering Oscar gossip.

All in all, it was a pretty quiet year for Jewish fiction. Some of the most highly touted releases (e.g. Jonathan Lethem’s “Dissident Gardens”) were letdowns and those that weren’t often proved to be only marginally related to the Jewish experience. For us, the highlights of 2013 were two debut novels — Adelle Waldman’s comic anti-Philip Roth novel “The Love Affairs of Nathaniel P.” and Kenneth Bonert’s astonishingly accomplished South African bildungsroman “The Lion Seeker.” We expect to be hearing more from these authors in 2014 and beyond.