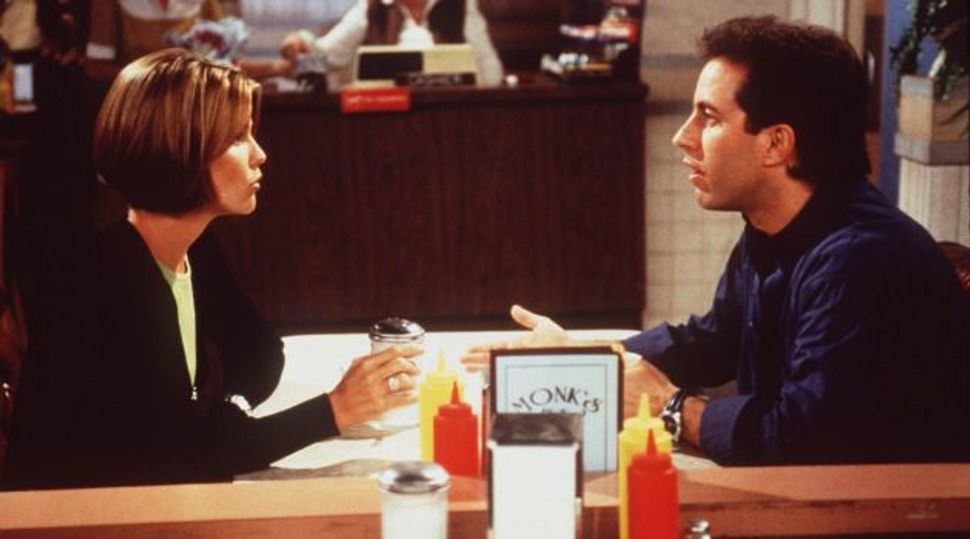 The rumors are true — well sort of. Jerry Seinfeld has confirmed that the “secret project” he alluded to during a Reddit AMA earlier this month is in fact a reunion of your favorite show, Variety reports.

In an appearance on the “Boomer & Carton” radio show on WFAN Thursday morning, Seinfeld was bombarded with questions about his strange trip to Tom’s Restaurant — the inspiration for the show’s Monk’s diner — with Jason Alexander on January 13.

His answer was the stuff dreams are made of. The pair, who then joined by Larry David, were not in fact filming an episode of “Comedians in Cars Getting Coffee,” or a Super Bowl commercial, but a vague ‘Seinfeld’ reunion.

No details yet, but Seinfeld did confirm that Alexander was playing his George Costanza character, that other “Seinfeld” characters were involved and that the project will be made available “very, very soon.”

Picture the Elaine dance. Now you know how we feel right now.