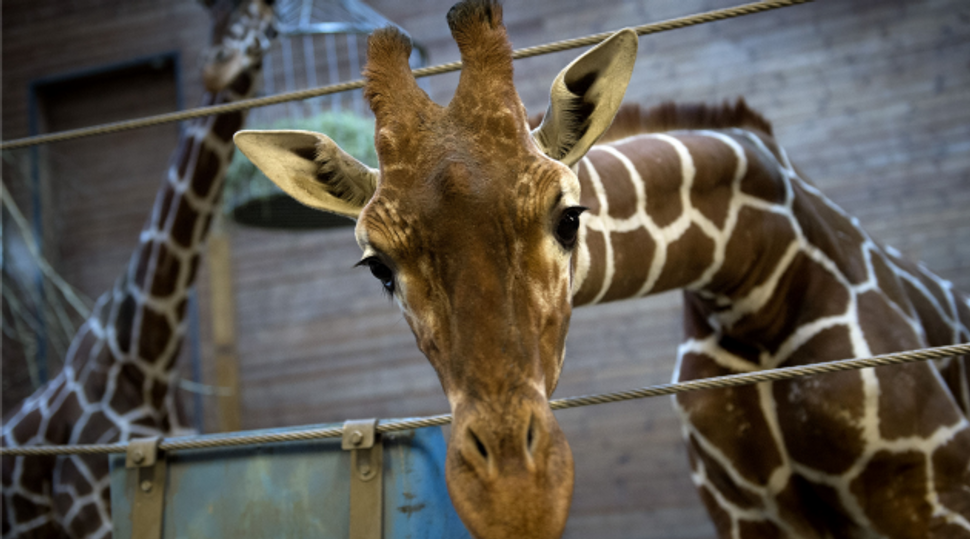 It seems the lions at the Copenhagen Zoo enjoyed a little kosher treat this weekend.

The 18-month-old giraffe was euthanized on Sunday because of a duty to avoid inbreeding. Reuters reported that Marius was given his favourite breakfast of rye bread and then shot.

And by euthanized, we mean “Marius” was skinned and dismembered in front of children, and then fed to the zoo’s lions.

According to Kashrut.com, there are certain misconceptions about how kosher of the long-necked mammal actually is. But rest easy — you won’t be feasting on giraffe around the Shabbat table any time soon. Although the giraffe is a kosher, it is not slaughtered because it is not known where on the neck to perform the shechitah (ritual slaughter).

WARNING: the video below contains scary and graphic images not fit for children — Oh wait.