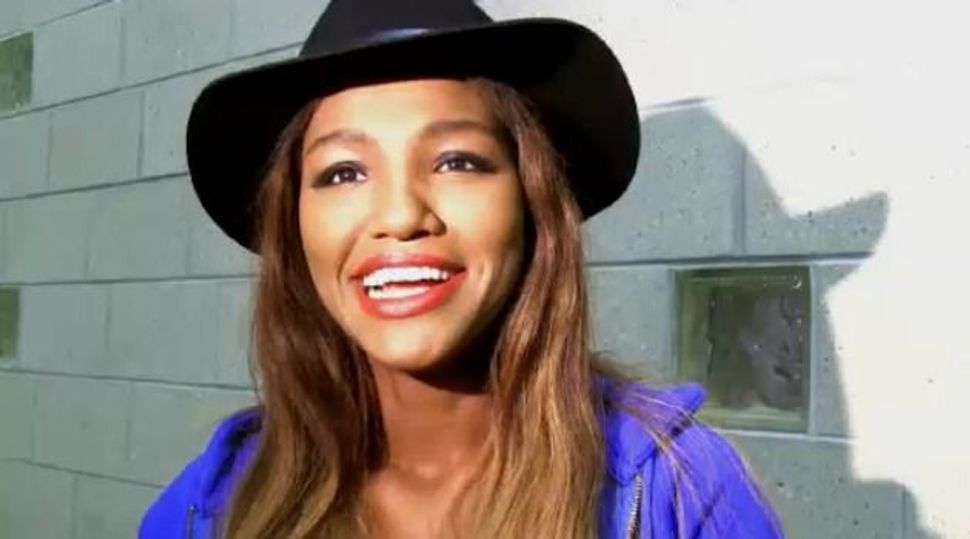 It may have been raining outside, but the Philadelphia 76ers were in for a bright surprise.

Our favorite Miss Israel, Yityish “Titi” Aynaw, dropped in on their practice this week during her tour of the Philadelphia College of Osteopathic Medicine.

The first woman of Ethiopian descent to win the competition in Israel is touring America on an ambassadorial trip that will include stops in New York, Washington D.C., Chicago and San Diego.

“I’m here as a representative of Israel, the Ethiopian community and of the Jewish people,” she told the Jewish Exponent.

The 22-year-old is apparently a huge basketball fan (but eat your heart out NBA, she supports Maccabi Tel Aviv) and was quick to crash the practice, showing off her moves and dribbling skills. “It’s so cool,” she said. “I want to play.”

While posing for a picture with the players, she joked: “I feel so short!” Aw.

At 6 feet tall, she has nothing to worry about.