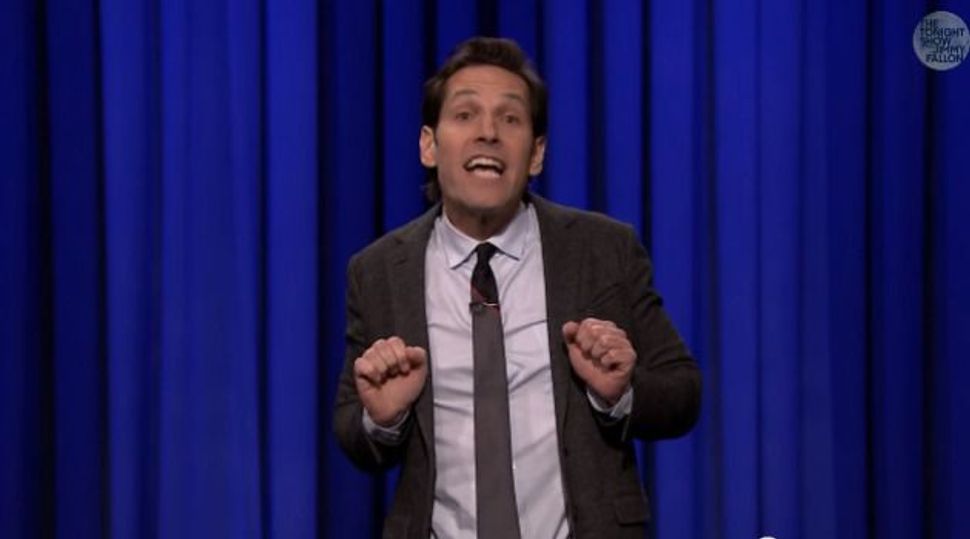 Paul Rudd, Jewish Mr. Nice Guy extraordinaire, gives us a glimpse of his true gift: not acting, but lip syncing — performing Tina Turner’s “Better Be Good To Me,” and Queen’s “Don’t Stop Me Now.” It’s a beautiful sight.