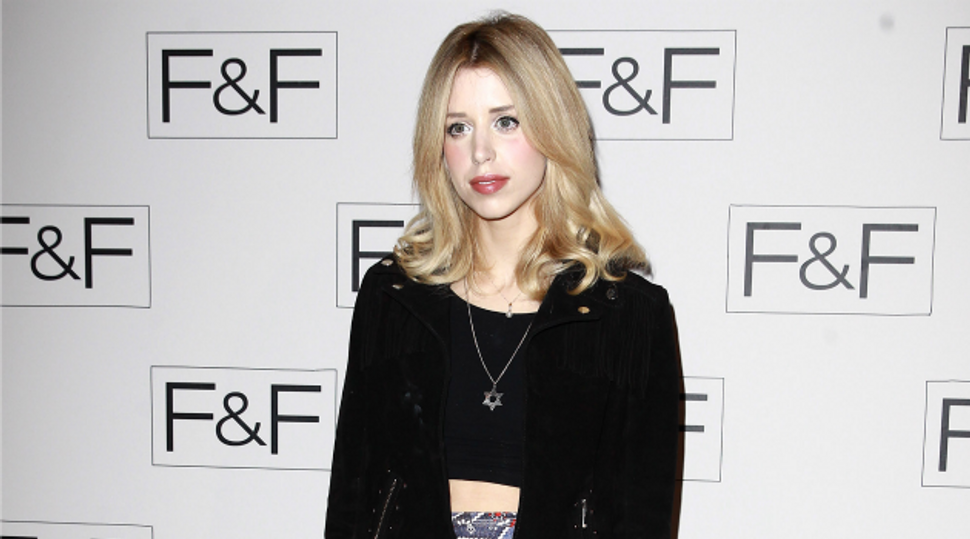 Peaches Geldof, daughter of Bob Geldof and Paula Yates, has been found deadin her home. She was 25.

The police, called to an address in the village of Wrotham, Kent, released a statement saying they were treating the death as “unexplained and sudden.”

Though not Jewish herself, the writer and presenter was married to musician Thomas Cohen, with whom she had two sons, Astala, one, and Phaedra, who will turn one at the end of April. The English heiress was also spotted wearing a magen david at a fashion event in London last week.

“My beloved wife Peaches was adored by myself and her two sons,” Cohen said in a statement.

“I shall bring them up with their mother in their hearts everyday. We shall love her forever.”

Her father, who confirmed her death, added: “We are beyond pain. She was the wildest, funniest, cleverest, wittiest and the most bonkers of all of us.”

“What a beautiful child. How is this possible that we will not see her again? How is that bearable?”

Her last tweet, posted Sunday, was a picture of herself as a baby with her mother.