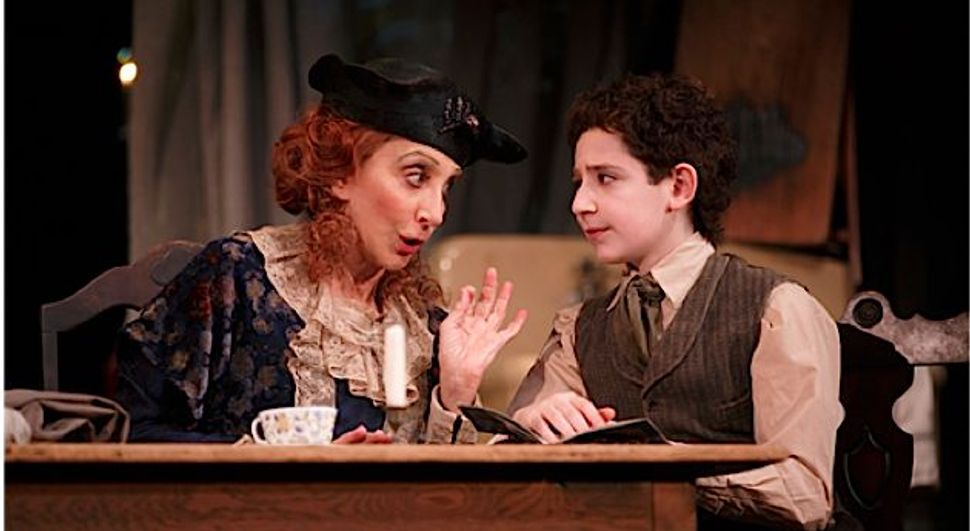 “Act One,” Moss Hart’s inspirational memoir, is the story of the son of Jewish immigrants who found and successfully pursued his passion for theater despite — or because of — his family’s impoverished circumstances.

Hart’s muse was his Aunt Kate, an eccentric woman who encouraged his love of theater, where he found “a refuge for an unhappy child … a scrawny, poor kid with bad teeth, a funny name and a mother who was a drudge.”

In addition to abject poverty, Hart had a difficult relationship with both of his parents, particularly his father, who forced him to quit school after the eighth grade to work and contribute to the family coffers.

Still, he managed to become one of the 20th century’s greatest playwrights (“You Can’t Take It With You,” which won the Pulitzer Prize, and “The Man Who Came to Dinner”), Broadway directors (the original “My Fair Lady” and “Camelot”) and screenwriters (“A Gentleman’s Agreement,” “A Star is Born”).

Hart died unexpectedly at age 59, so he never had a chance to write a second chapter to his memoir incorporating many of these achievements. Still, those early years provided more than enough drama for a successful play — or at least they should have.

That’s why it’s surprising that James Lapine’s script for “Act One,” which opened April 17 at the Vivian Beaumont Theater at Lincoln Center, is so flat. The heart — no pun intended — of the book is the passion it takes to overcome life’s obstacles. It’s a rags-to-gags tale, but the struggles of Hart’s formative years don’t resonate in the play. Lapine touches all the bases — discord at home, the failure of Hart’s first play, difficulties with the second — but he glosses over them and moves on too quickly to scenes that add little to the nearly three-hour production.

Overall, Hart comes off less as someone who struggled and more as someone who got lucky and enjoyed great success at an early age. He always seemed to find theater-related work, whether it was leading the theater group at a Newark YMHA or as entertainment director at a Catskills resort.

He received constant encouragement from his three closest friends — Dore Schary, Irving Gordon, and Eddie Chodorov — who share his passion and went on to great success themselves.

And he even landed a job as an office boy with a theatrical producer because he was fortunate enough to stumble into his office the day after his predecessor quit. That job leads to his first produced play, “The Beloved Bandit.” It flops out of town, but within a scene or two is in the office of legendary producer Sam Harris, who partners him with George S. Kaufman to write “Once in a Lifetime.”

In fact, there are times when the play seems less about Moss Hart’s rise than about Kaufman, as played by Tony Shalhoub (who also portrays the adult Moss Hart). He seems to channel Kaufman with all his germophobic neuroses, and the stage seems empty when he’s not on it.

Similarly, Andrea Martin once again proves she is one of the funniest and most versatile actresses on the Great White Way, playing three characters. including Aunt Kate. When she leaves the stage it’s as though she takes all the air in the room with her.

Santino Fontana is credible as the young Moss Hart, but has few opportunities to rise above the lackluster script. That he loses the British accent of his youthful self (played by Matthew Schechter) in favor of the New York Jewish accent he used as Stanley Jerome, whom he played in “Brighton Beach Memoirs,” certainly doesn’t help things.

On the other hand, Lapine’s direction is flawless. He moves a large cast of characters around Beowulf Boritt’s ingenious set with efficiency. And if “Act One” isn’t the moving play it could have been, it does have some very funny moments.