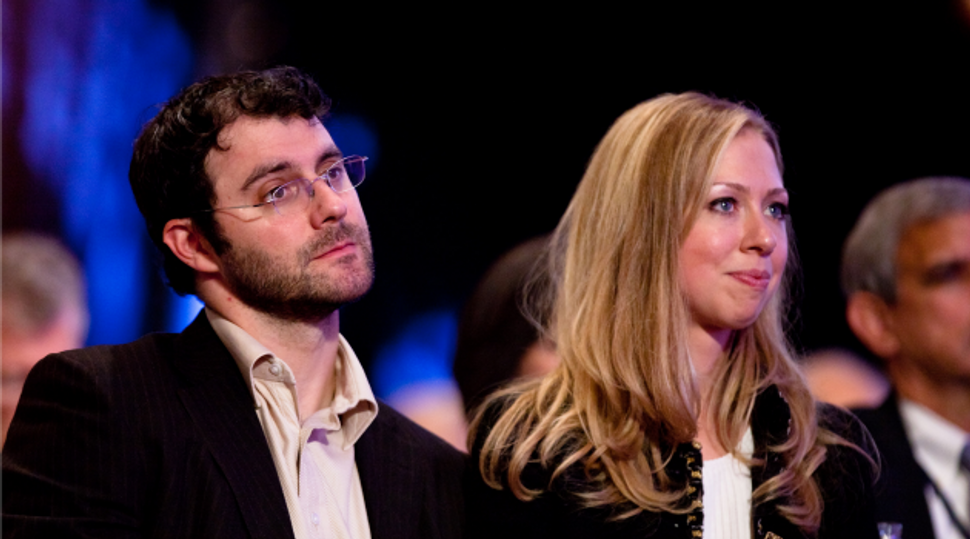 Chelsea Clinton announced on Thursday she is pregnant with the first grandchild of former President Bill Clinton and former Secretary of State Hillary Clinton.

Marc and I are so thrilled to be expecting our first child in the fall! Thank you for all of the kind words!

“Mark and I are very excited that we have our first child arriving later this year,” Chelsea Clinton said referring to her husband Marc Mezvinsky. She spoke to the audience at a New York event while sitting on a stage with her mother.

My most exciting title yet: Grandmother-To-Be! @billclinton and I are thrilled that Chelsea and Marc are expecting their first child!

Excited to add a new line to my Twitter bio…grandfather-to-be! @hillaryclinton and I are so happy for Chelsea and Marc!

Sitting with her mother in side-by-side armchairs on a stage at a New York City event on empowering women, Clinton delivered the news with a broad smile.

The audience at “Girls: A No Ceilings Conversation,” organized by the Bill, Hillary & Chelsea Clinton Foundation, immediately broke into applause and cheers.

“I certainly feel all the better whether it’s a girl or a boy that she or he will grow up in a world full of so many strong young female leaders,” said Chelsea Clinton, who works for the family foundation and is a correspondent for NBC News.

It was unclear how news of the first Clinton grandchild will affect the political ambitions of grandmother-to-be Hillary Clinton, who is considering a run for the White House in 2016.

Former president Clinton told reporters in Davos, Switzerland, in 2011: “I would like to have a happy wife, and she won’t be unless she’s a grandmother… It’s something she wants more than she wanted to be president.”