6 Things About ‘Fiddler on the Roof’ on 50th Anniversary 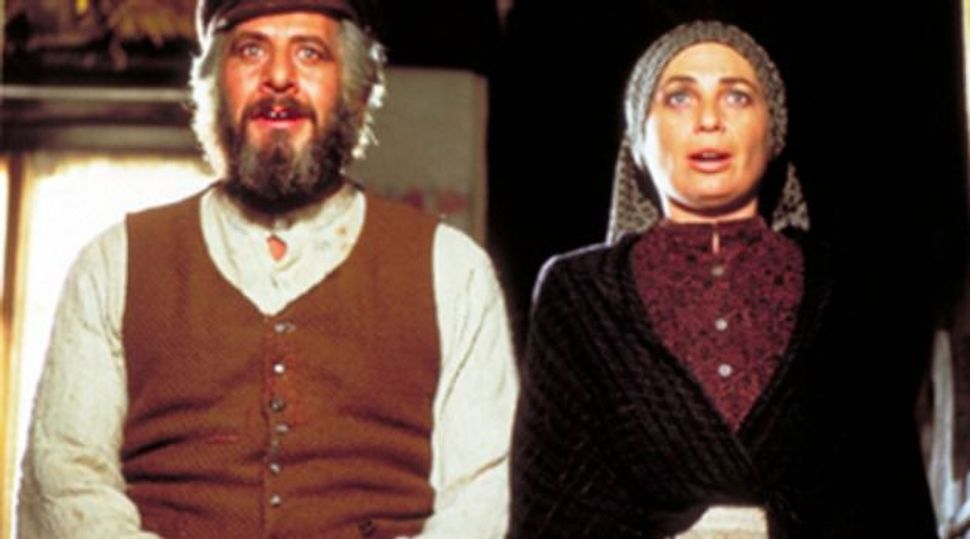 On Monday, the Folksbiene theater will celebrate the 50th anniversary “Fiddler on the Roof.” In honor of this auspicious birthday, we bring you a trove of obscure fun facts about the Jewish classic. If nothing else, you can bust it out at Shabbat dinner to one-up the family. What else is useless knowledge for?

1.Richard Dreyfuss, Rob Reiner and John Ritter all auditioned for the part of the tailor Motel Kamzoil in the 1971 film version of “Fiddler on the Roof.” The role eventually went to Leonard Frey.

3.Paul Lipson holds the record for Tevye appearances, having played the character more than 2,000 times. But Theo Bikel says he was the only one born into the role:

“I knew shtetl life better than anybody. I am who I am. Others had to reach for Tevye’s soul. My model was my pious, religious, learned grandfather who once said, ‘God has given up on our people, so I abandon God.’ And he gave up the synagogue. Two years later, back praying, he said: ‘Maybe this will help.’ You can’t get more Tevye than that.”

5.The title for “Fiddler on the Roof” comes from a Marc Chagall painting called “The Fiddler.” The sets used in the movie, designed by Boris Aronson, were also based on Chagall’s work.

6.Norman Jewison, who directed the “Fiddler on the Roof” movie, isn’t actually Jewish (with a name and credentials like that, he might as well just go ahead and convert).

6 Things About ‘Fiddler on the Roof’ on 50th Anniversary