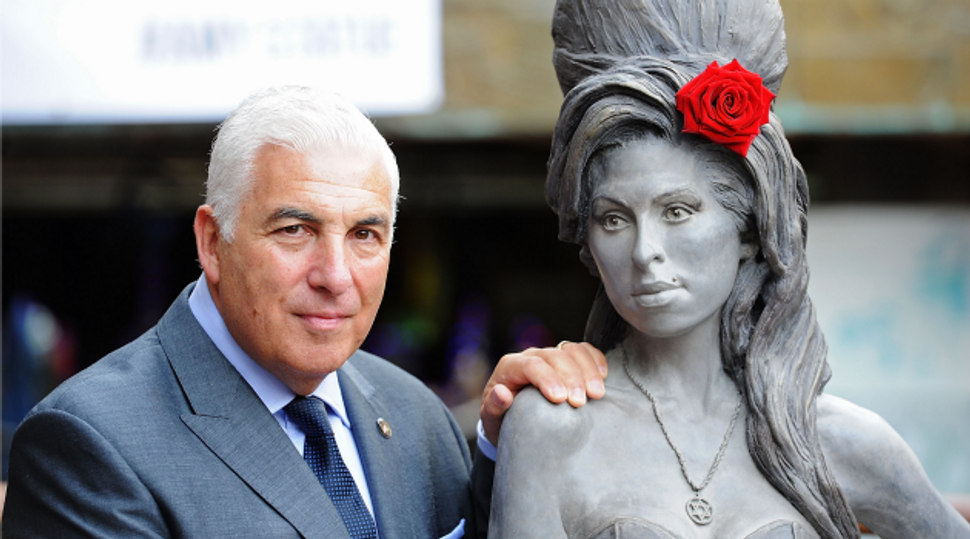 Mitch Winehouse with the statue of his daughter, singer Amy Winehouse // Getty Images

Amy Winehouse can once again be seen hanging around Camden, north London.

A life-size bronze statue of the late singer was unveiled on Sunday, three years after the Winehouse’s death from alcohol poisoning, on what would have been her 31st birthday.

Her father, Mitch Winehouse, called on all her fans to join in on the ceremony:

The statue, designed by artist Scott Eaton, immortalizes Winehouse in a short, strapless dress, with a Star of David necklace around her neck, and a real red rose tucked into her signature beehive hairstyle.

“It’s a day of incredibly mixed emotions,” Mitch told The Guardian. “They don’t put statues up for people who are with us anymore so it reinforces the fact that physically she’s gone but spiritually she’ll never leave us. I feel sad, very, very sad. We shouldn’t be here but we are, this is the reality and we’ve just got to make the most of it. So this statue is part of making the most of it. Getting people to come here, spend some time with Amy and put a flower in her hair and remember her in a very positive way. That for me is wonderful.”