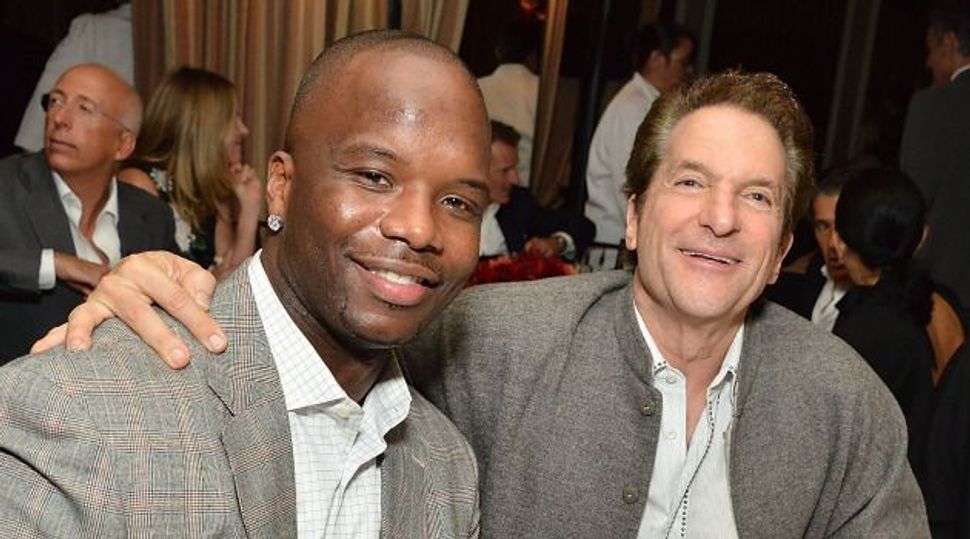 In an email to team employees, the Jewish owner of a pro basketball team said he wanted to learn “hoodish.” He apparently meant to write “Yiddish.”

Golden State Warriors co-owner Peter Guber sent out a follow-up email clarifying that the use of “hoodish” (which this writer’s auto-correct keeps trying to change to “goodish”) was not intended as a slur, the San Jose Mercury News reported.

As the Mercury News noted, the emails come on the heels of controversies in which Jewish NBA owners (Bruce Levenson and Donald Sterling) made racially offensive statements.

Sadly, if Guber is serious about wanting to learn Yiddish, he’ll have to use some resource other than Rosetta Stone. The company offers computerized lessons in 29 languages and dialects, including Hebrew, but no Yiddish. Nor, for that matter, are Hungarian or Serbian included.

In addition, we’re hoping Guber is aware not only that there is no “hoodish” language (on Rosetta Stone or elsewhere), but that Australians speak English (albeit with their own distinctive accent) and not “Australian.”