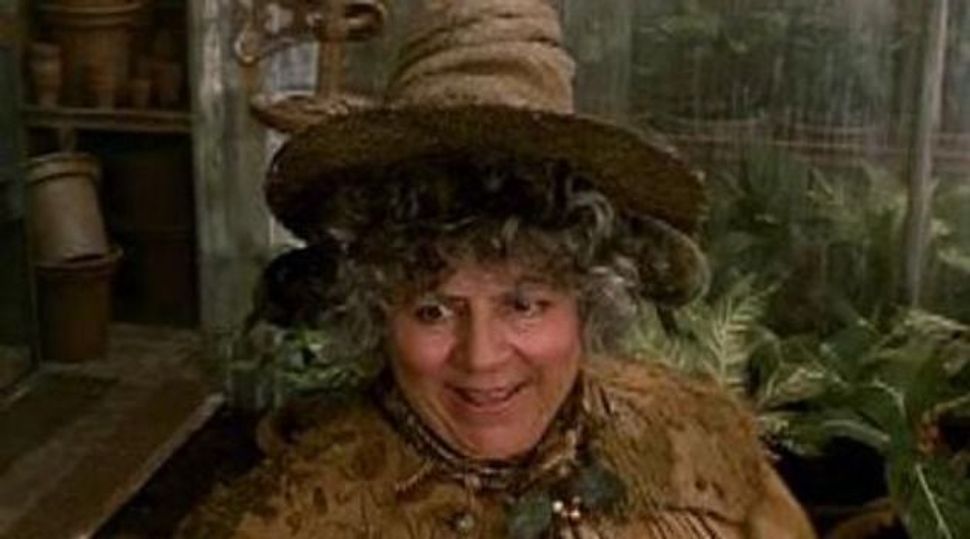 Looks like Professor Sprout has stepped out of the Hogwarts greenhouse — right into the Israeli-Palestinian conflict.

Miriam Margolyes, who played the matron of the Hogwarts greenhouses and Head of Hufflepuff house in the “Harry Potter” franchise, spoke out about the recent war in Gaza to Radio Times, a British television and radio magazine.

According to Haaretz, the actress, who was raised Jewish and grew up in a Jewish household in Britain, said, “I loathe Hamas, but they were democratically elected and Israel’s behavior is not acceptable.”

Margolyes observed that, “there’s been a troubling backlash” against Jews as a result of Operation Protective Edge.

In Belgium and France, rioters shouted “Death to Jews!” In Germany it was, “Gas the Jews!”

Britain itself saw a fivefold increase in calls to the country’s anti-Semitic hotline. July alone saw 240 calls, up from the previous average of roughly 50 a month in the first half of 2014.

“Anti-Semitism is horrible,” Margolyes said, “and can’t be defended, but Israel is stupid for allowing people to vent it,” she said.

“I don’t think many people like Jews,” she added.

But don’t worry, it’s not all bad. After all, Margolyes continued, “I’m lucky they like me, and one always needs a Jewish accountant.”

Maybe someone should lay off the mandrake potion from now on…