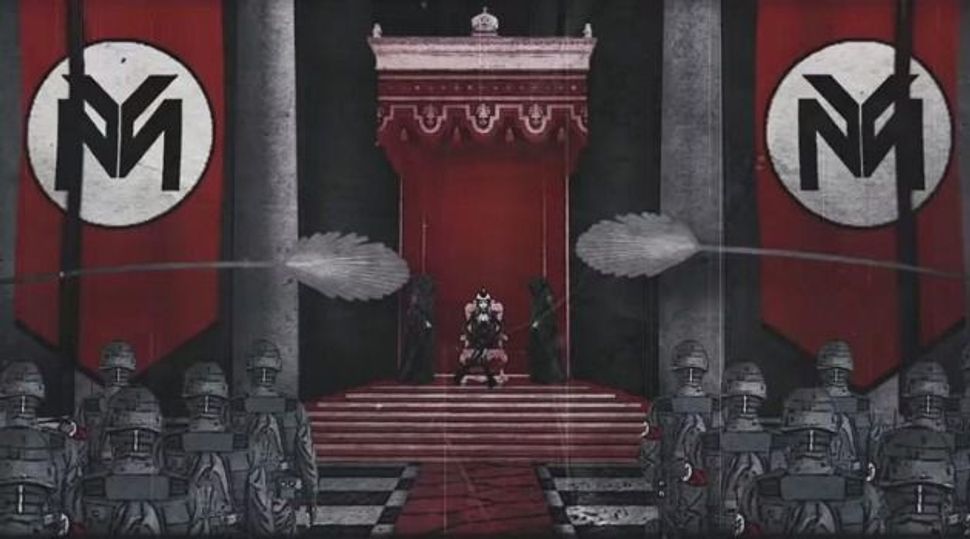 Is it me, or has there been an unusual amount of inappropriate Nazi-themed pop culture lately?

Fans of Nicki Minaj are calling for the singer to take down her controversial new video, “Only You,” featuring Drake, Lil Wayne and Chris Brown. With hoards of SS-style troops goose-stepping in an ominously drab fascist landscape while sporting swastika-like armbands, it’s more than a little suggestive of the Third Reich.

At the center of all this is Minaj herself, seated on a red throne overlooking her stormtroopers (is she Hitler in this scenario?). 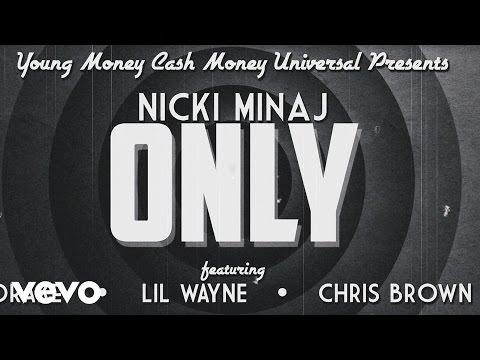 Of course, the ADL is “deeply disturbed” about the whole thing. Abe Foxman, who is himself a Holocaust survivor, released the following statement:

Nicki Minaj’s new video disturbingly evokes Third Reich propaganda and constitutes a new low for pop culture’s exploitation of Nazi symbolism. The irony should be lost on no one that this video debuted on the 76th anniversary of Kristallnacht, the “night of broken glass” pogrom that signaled the beginning of the Final Solution and the Holocaust.

It is troubling that no one among Minaj’s group of producers, publicists and managers raised a red flag about the use of such imagery before ushering the video into public release.

This video is insensitive to Holocaust survivors and a trivialization of the history of that era. The abuse of Nazi imagery is deeply disturbing and offensive to Jews and all those who can recall the sacrifices Americans and many others had to make as a result of Hitler’s Nazi juggernaut.

As Gawker points out, neither Nicki Minaj nor Jeff Osborne, the video’s director (and also the man who brought you “Anaconda”) have responded to the criticism.

@JOsborne32 you are obviously anti semitic and your nazi propaganda bullshit is absolutely unacceptable.

hey @NICKIMINAJ thanks for the blatant nazi imagery in your new video! really great allusion to persecution &genocide pic.twitter.com/prjM58hhMQ

Nicki Minaj’s new video unnecessarily resembles the Nazi regime, surely she could have portrayed power and dictatorship without using Nazism

why did nicki use nazi propaganda in the only video??? why would she wanna be comparing herself to hitler?? @NICKIMINAJ U let us down 🙁

As a fellow member of the Tribe, Drake may want to think twice about this one. Yikes.