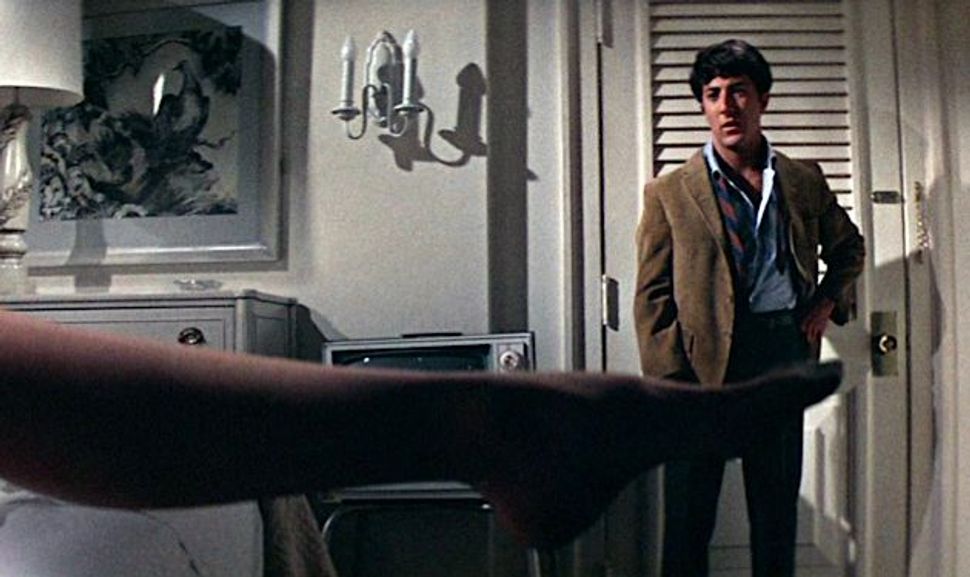 May-December relationships are a staple not just of the new “Six Dance Lessons in Six Weeks” (read our interview with director Arthur Allen Seidelman here but of many classic movies as well. The recent passing of Mike Nichols has brought one of the best to the fore. Here are 8 that will change how you look at Hollywood romance.

This movie tells the story of an aimless recent college grad, Benjamin Braddock (Dustin Hoffman) who is seduced by an older woman, Mrs. Robinson (Ann Bancroft) and then falls in love with her daughter, Elaine (Katherine Ross). It’s on the American Film Institute’s list of the 100 best movies of all time and was selected by the National Film Registry for preservation as a culturally significant film. Here’s to you Mrs. Robinson…

In Stephen Daltry’s drama, a former Nazi prison guard, Hanna Schmitz (Kate Winslet), has an affair with a 15-year-old boy, Michael Berg (David Kross) and then disappears. They meet again when Berg, as an adult law student (Ralph Finnes) observes her war crimes trial, in which she is wrongly convicted.

The Vladimir Nabokov novel received two film adaptations. In the 1962 version, with a screenplay by the author and directed by Stanley Kubrick, James Mason stars as Humbert Humbert and 14-year-old Sue Lyons as Lolita, his sexually charged charge. In the controversial 1997 version directed by Adrian Lyne, those roles were played by Jeremy Irons and Dominique Swain, respectively.

Forty-two year old Isaac Davis (Woody Allen, who also wrote and directed) dates 17-year-old Tracy (Mariel Hemingway). In an interview, Hemingway said that her scene with Woody in front of the camera was her first-ever make out session.

Harold Ashby’s black comedy about a young man (Bud Cort) who drifts into a friendship and then romance with a 79-year-old woman, Maude (Ruth Gordon) was a financial failure before becoming a cult favorite. Now the movie is on the American Film Institute’s list 100 funniest movies of all time and was selected for preservation by the National Film Registry.

This is definitely the record setter in the category. He’s 109 (Edward Cullen played by James Pattinson); she’s just 17 (Bella Swan played by Kristen Stewart). In his defense, that’s 109 is 18 in vampire years.

The most honored film of the year (eight Oscar nominations and five wins, including best picture, best director for Sam Mendes and best screenplay), “American Beauty” is about a middle-aged man, Lester Burnham (Kevin Spacey) going through a crisis. He obsesses about a daughter’s friend, cheerleader Angela Hayes (Mena Suvari), and has fantasies of her lying in a bed of red roses.