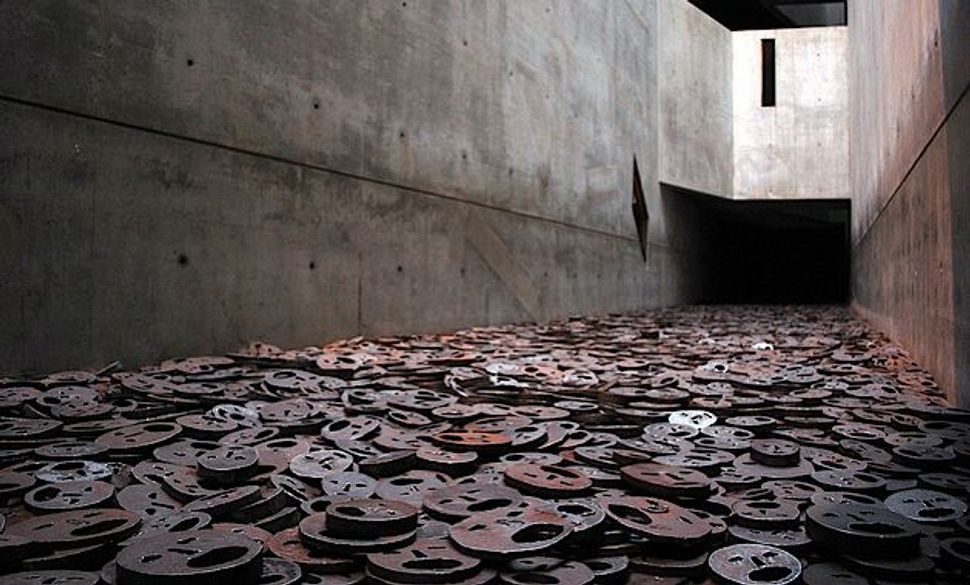 In its United States premiere, Dani Gal’s short video installation addresses the relationship between a Jewish Holocaust survivor/ Nazi hunter and Hitler’s chief architect/armaments minister. This fictionalized story draws from real-life conversations found in letters between the two men. The show compels the viewer to choose to agree or disagree with the relationship onscreen as it unfolds and knots back together.

2. “Assyria to Iberia at the Dawn of the Classical Age,” The Metropolitan Museum of Art

“Assyria to Iberia,” presents a survey exhibition that focuses on the early first millennium B.C.E. Providing a didactic display ranging from Assyria’s land-based expansion to imagery representing Babylonian control, the exhibition also references relevant passages of the Bible. The integration of biblical and Jewish cultural objects successfully explains the role of Jewry in a broader narrative of the ancient world.

This pre-sale exhibition (the week before an art auction, the work on sale is displayed with free access to the public and potential buyers) publicizes an impressive range of traditional and emerging artists. In particular, the highlighted female photographers revealed a sense of identity and self-evaluation in Israel that is about more than themselves.

4. “Nir Hod: Once Everything Was Much Better Even The Future,” Paul Kasmin Gallery

Nir Hod is no stranger to controversy, especially after exhibiting painting of babies smoking cigarettes in his “Genius” series. But his most recent exhibit emphasizes his ability to elegantly juxtapose grand themes of life and death, creation and destruction in his paintings of flowers in flames.

Located in the museum’s gallery designated as the Memory Void (an empty space in the incredibly designed Libeskind Building), more than 10,000 iron plates cover the floor with sculpted and carved faces. Viewers are allowed to walk on the faces and hear the sharp, striking sound of the iron smashing against the floor. Whether the viewer decides to walk on the open-mouthed faces or not, it is an effective expression of just how helpless the millions of victims were to their Nazi oppressors.