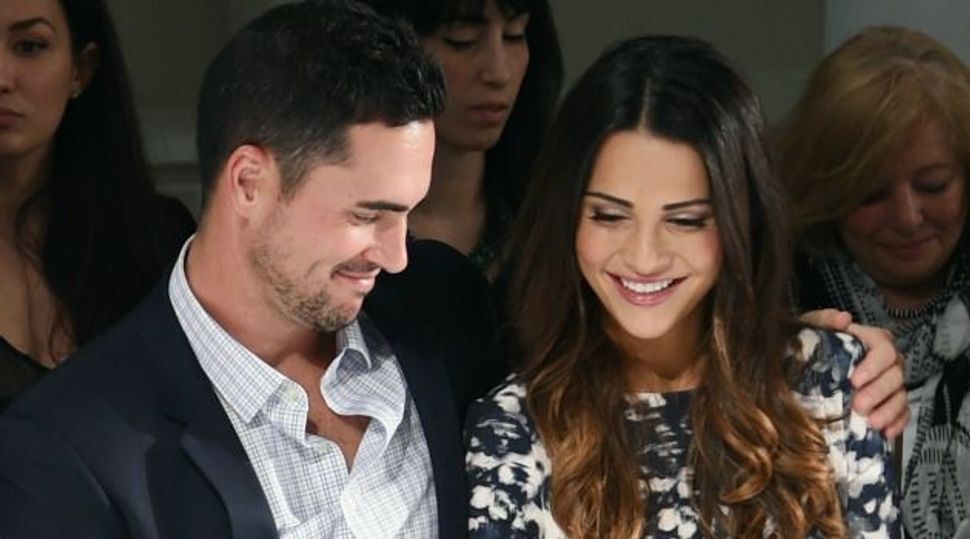 Just when you let your guard down and started believing that true love really does exist —  and that it can be found on a TV show, no less — reality slaps you right across the face.

TMZ reports that Bachelorette Andi Dorfman and fiancée Josh Murray have called off their eight-month long engagement, to the swift sound of lady hearts breaking across the nation.

The couple first stole our hearts last summer as millions tuned in to watch the first Jewish “Bachelorette” and the former baseball player declare their undying love in the Dominican Republic. Then we followed them as they continued their picture perfect relationship on social media, looking adorable and sickeningly lovey-dovey on their Instagram feeds.

We should have known better.

Not surprising, though, that the two kept news of their split a secret until after Monday’s “Bachelor” premiere on ABC. The two appeared as close as ever on the red carpet as they talked about delaying wedding planning.

And Andi, have we got a nice guy for you. Call us when you’re ready.