What My Jewish Mom Thinks About Deflate-Gate 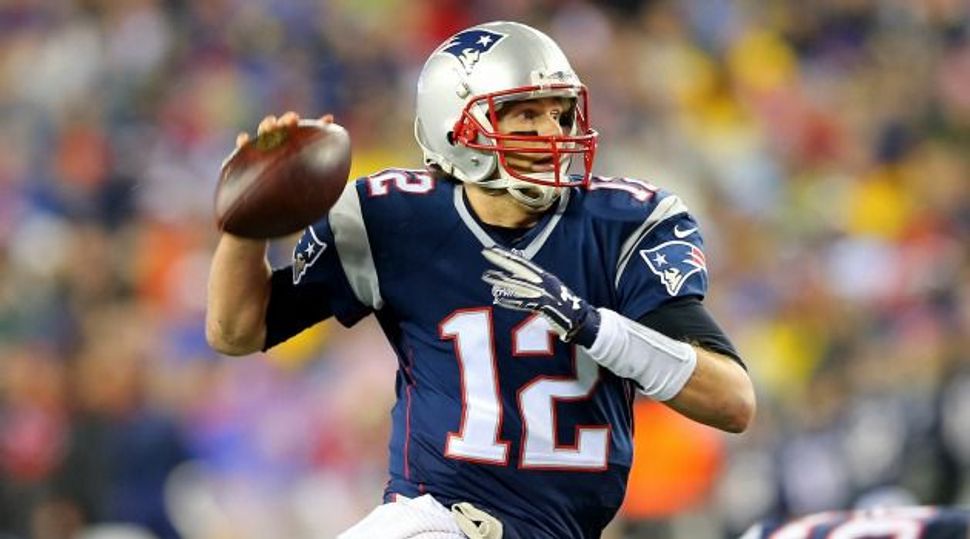 Most Jewish boys just call their moms. Josh Seftel turned his chats into a web series.

Every week, the New York filmmaker Facetimes his mom in Sarasota, Florida. After covering the basics, the conversation always segways into to Pat’s favorite subject: celebrity gossip. Over the past year, they’ve tackled some of the great questions of our time: Is it morally kosher to eat Paula Deen’s fried chicken? Is Denzel Washington aging well? Will Lena Dunham’s tattoos prevent her from getting a Jewish burial?

This week was no exception: the shocking(?) revelation that 11 of the 12 balls used during the New England Patriots’ win against the Indianapolis Colts were under-inflated by 2 pounds — leading to the inevitable “Tom Brady’s deflated balls” jokes — just screamed for a Jewish mother’s perspective.

Watch Pat Seftel weigh in on the Patriots, deflate-gate and why she would definitely date Tom Brady:

What My Jewish Mom Thinks About Deflate-Gate