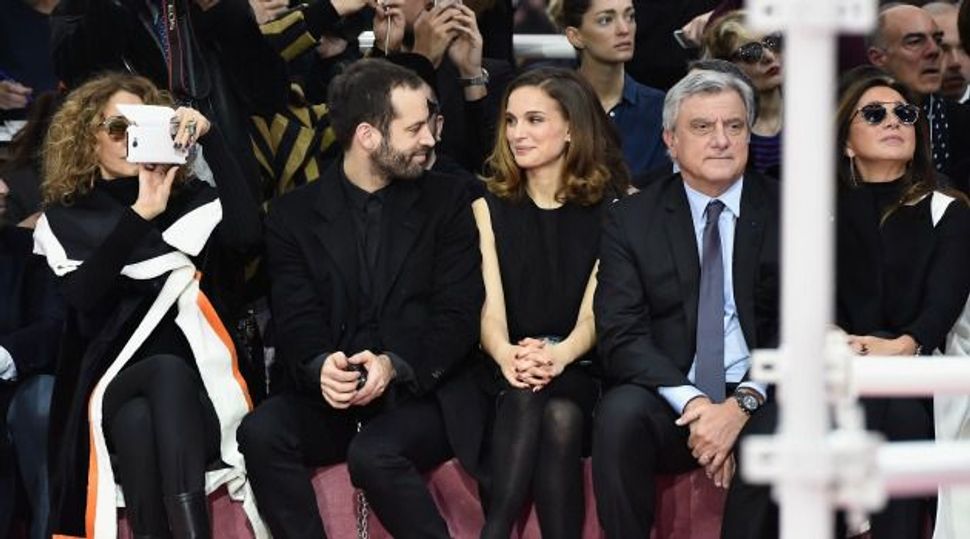 It may come as a surprise that Natalie Portman, face of Miss Dior, has never actually attended a Dior show.

And yet, sitting in the front row at yesterday’s Haute Couture show held at the Musee Rodin in Paris, she reportedly gushed: “I’ve never been to a couture show,” she said. “This is my first time. I’m super, super excited.”

But as The New York Times points out, Portman’s attendance is actually somewhat significant. In 2011, when John Galliano – then Dior’s creative director – made his infamous anti-Semitic rant in a Paris cafe, the actress was one of the first to condemn him.

“In light of this video, and as an individual who is proud to be Jewish, I will not be associated with Mr. Galliano in any way,” the face of the fashion house’s Miss Cherie Dior wrote at the time. “I hope at the very least, these terrible comments remind us to reflect and act upon combating these still-existing prejudices that are the opposite of all that is beautiful.”

Galliano’s replacement, Raf Simons, has apparently been working hard to redeem the brand. Natalie is still under contract.

The Oscar-winner celebrated her big day dressed head to toe in black Dior (natch), but her best accessory was hubby and new director of the Paris Opera Ballet, Benjamin Millepied.