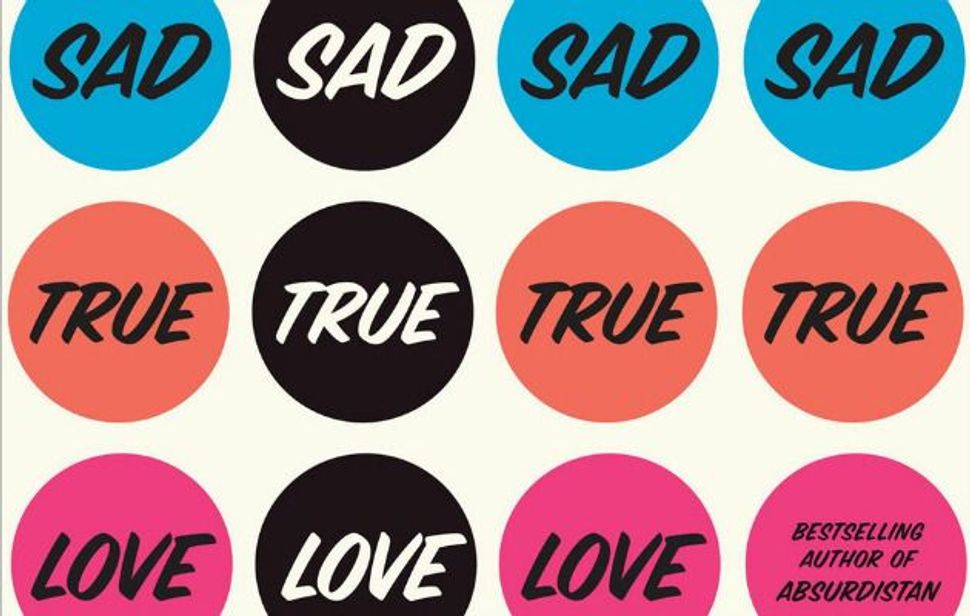 In what is perhaps the most nebbishy duo in TV history, Ben Stiller will be adapting Gary Shteyngart’s “Super Sad True Love Story” for the silver screen.

The Hollywood Reporter writes that Media Rights Capital, the company behind Netflix’s House of Cards, is interested in Stiller’s idea, though they haven’t officially signed on.

Shteyngart has reportedly co-created the adaptation with Karl Gajdusek (“Dead Like Me”). They will also write the script together and exec produce.

@Shteyngart Super excited to try to not screw it up. #greatbook #SOmedia

“Super Sad True Love Story” tells the tale of Lenny Abramov, a typical Shteyngart protagonist (Read: Russian-born Jew with a mountain of insecurities), who falls in love with Eunice Park, a Korean-American woman 15 years his junior — all against the backdrop of a tech-obsessed nightmare society.

In his review for the Forward, our own Gal Beckerman described the plot as “a dystopia to rival Orwell’s. No surprise that it’s hilarious, but it’s also as finger-waggingly disapproving a vision of the technologically addicted, oversexed, dumbed-down world we inhabit as I’ve ever read.”

Sounds binge-worthy to me.