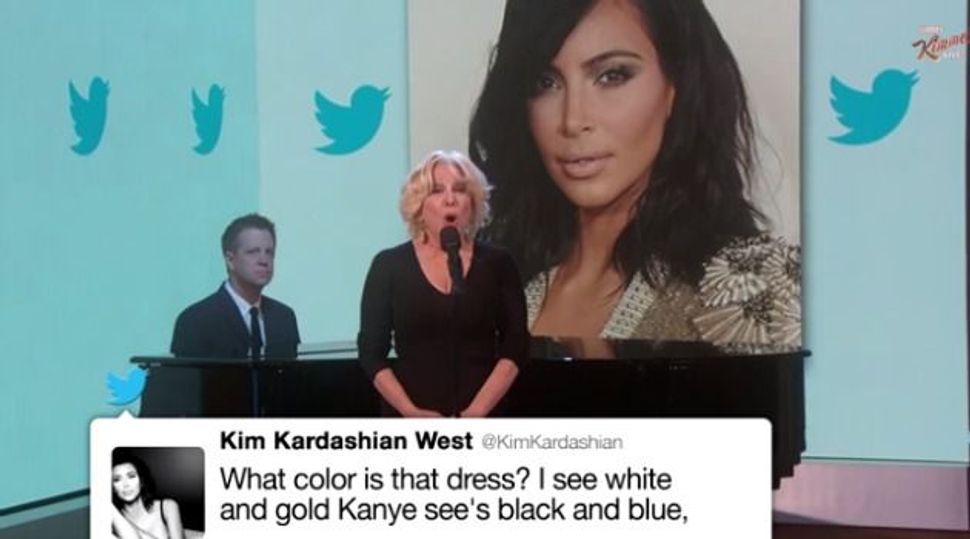 During an appearance on “Jimmy Kimmel Live!” on Monday, the Broadway star took the comedian’s signature bit, “Celebrities Read Mean Tweets,” one step further, belting out such gems as: “Ugh, I hate falling asleep with all my makeup on,” and “I never thought I would ever say this … But I’m wearing flats today.”

Thank you Bette, for giving voice to Kim’s deepest and darkest thoughts.