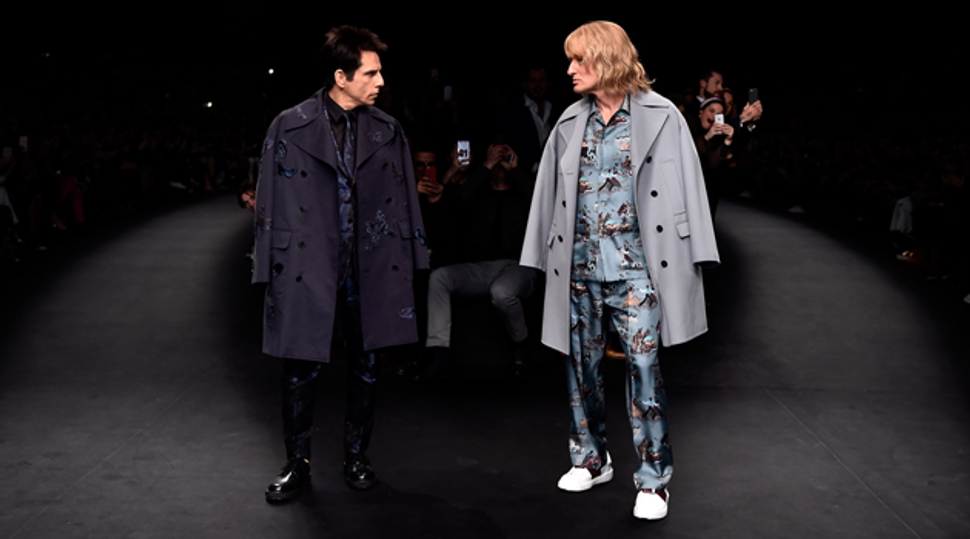 It’s been over a decade, but Derek Zoolander and Hansel McDonald are so hot right now!

Ben Stiller and Owen Wilson made a surprise appearance at Paris Fashion Week’s Valentino show as their characters from the 2001 movie “Zoolander,” the fan-favorite comedy about, well, really really ridiculously good-looking male models. The two had a dramatic walk off on the Paris runway and proved that they’ve still got it going on. Did you catch a glint of that Blue Steel?

They used to glorious runway stunt to promote the upcoming release of a “Zoolander” sequel! “Zoolander 2” will be in theaters near you on February 12, 2016. We CAN’T WAIT. Will Ferrel’s nefarious Mugatu will also be making a comeback, and we’re hoping for a cameo by our favorite Jewish acting dad, Jerry Stiller!

The two even snuck a selfie backstage with — dare we say it — another fashion villain. Anna Wintour makes Jacobim Mugatu look like, well, Jacob Moogberg.