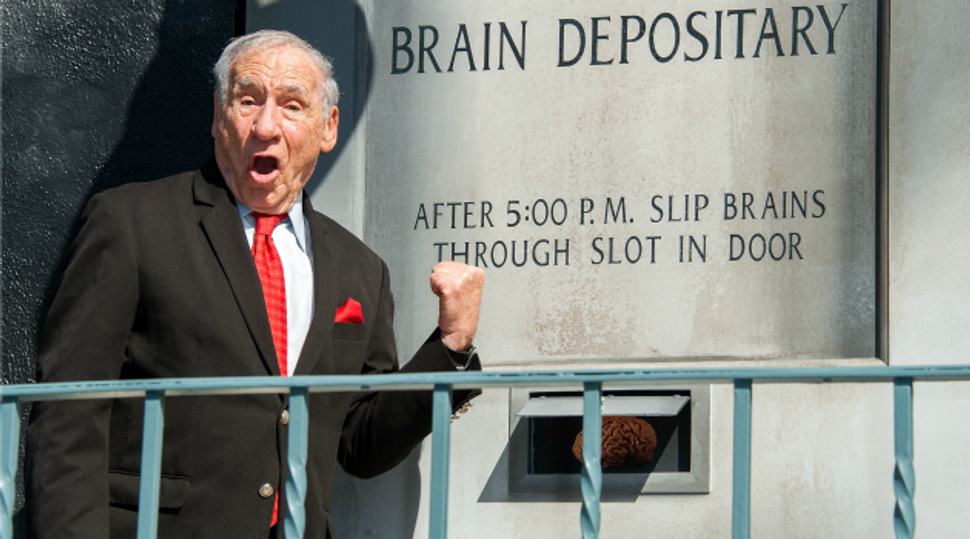 Think Yiddish, dress British is getting a revamp: Mel Brooks is about to make his solo London debut.

According to [the Telegraph]( (http://www.telegraph.co.uk/culture/film/11445043/Mel-Brooks-first-ever-London-show-announced.html ‘the Telegraph’)), the 88-year-old will bring his particular brand of Jewish comedy to The Prince of Wales Theatre “for an evening of storytelling about his childhood memories and Hollywood anecdotes, along with a live music performance.”

Hani Farsi, who is co-producing the event, is reportedly a lifelong fan (I mean, who isn’t?).

“I am thrilled to bring this introspective retrospective of my life and career to the West End stage,” Brooks said about the event, which takes place on March 22. “It will be an evening the audience will never forget — whether they want to or not!”