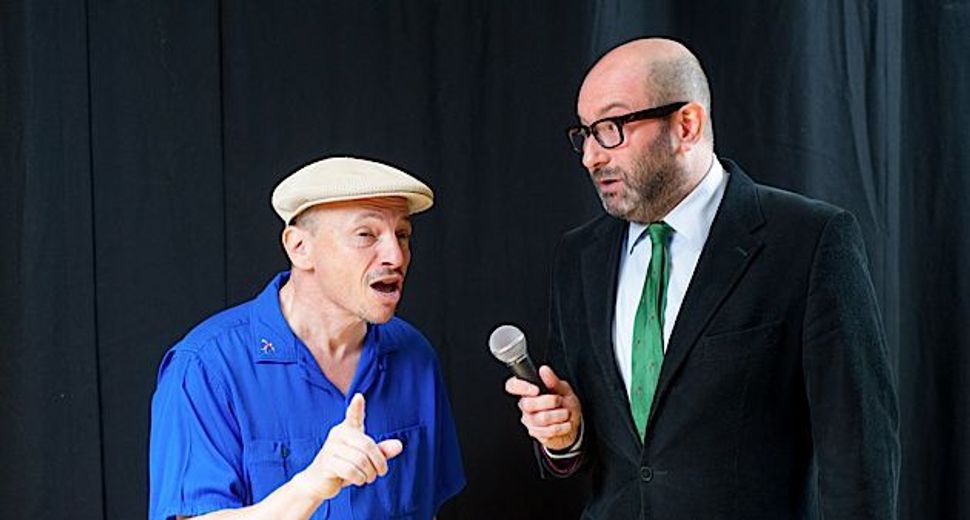 Comedy history was made in 1961 with the creation of Mel Brooks and Carl Reiner’s classic routine, “The 2000 Year Old Man.” Brooks played the oldest Jewish man in the world, interviewed by Carl Reiner in a series of skits that appeared on television and five award winning albums. Topics ranged from the earliest known language — “basic Rock” — to the Old Man’s relationships with Joan of Arc and Helen of Troy’s sister, Janice, who apparently was “not quite as pretty.” And the secret to his longevity? “Never run for a bus. There will always be another.”

Now the character has been reprised in the first ever stage re-creation, at JW3 in London, thanks to the Canadian-born stage and radio actor, Kerry Shale. Shale secured the rights from Brooks and Reiner and has adapted the routine into what he has described as the comedy duo’s greatest hits. Shale has also taken on the role of the Yiddish elder while writer, comedian and broadcaster Chris Neill plays The Interviewer. But can a comedy routine still feel fresh over 50 years later, particularly one that was originally largely improvised?

It is a laudable effort.

Shale is a strong physical performer whose exaggerated facial expressions and quick delivery go some way to making the character his own. He appears in retired American golfer garb, sporting checked trousers, a polo shirt and a natty peaked cap, and seems only too happy to share his knowledge and experience of living throughout all of human history. But it is unclear exactly who Shale is trying to play. Is he emulating Brooks or simply an American Jew with a Yiddish inflection? Whatever the answer, his Yiddish accent is inconsistent. 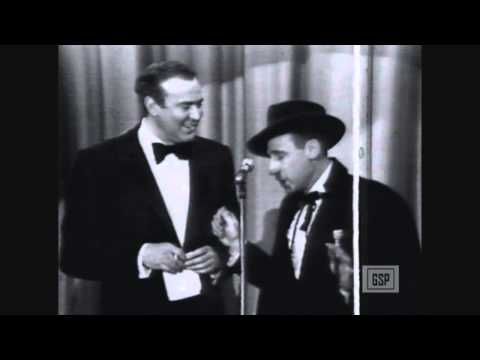 In contrast with Shale’s zaniness, Neill is the tireless and unfazed interviewer. He asks about Shakespeare (“not a good writer”), diet and social customs. He discovers that Jesus Christ was a “quiet lad” and that the creation of the cross came about because it was easier to put together than the Star of David.

Unfortunately, the humor does feel dated and the structure formulaic. But what is really lacking in this one-hour-long adaptation is atmosphere. The warmth, ease and witty repartee that existed between Brooks and Reiner are notably absent. That may be partly because the actors are wearing earpieces, which are playing the original recordings to ensure that they keep to the exact timing and rhythm of Brooks and Reiner’s dialogue. Although this verbatim theater technique is one with which Shale is familiar, having used it in JW3’s first stage commission, “Listen, We’re Family,” here it leaves no opportunity for spontaneity and as a result the routine is rather stilted.

Yet, Mel Brooks is having a bit of a London moment. As well as this adaptation, on March 22, the 88-year-old comedian will be performing his first-ever solo show, “Mel Brooks Live in London.”

But perhaps when it comes to adaptation, the Old Man and his Interviewer are best left to comedy history.