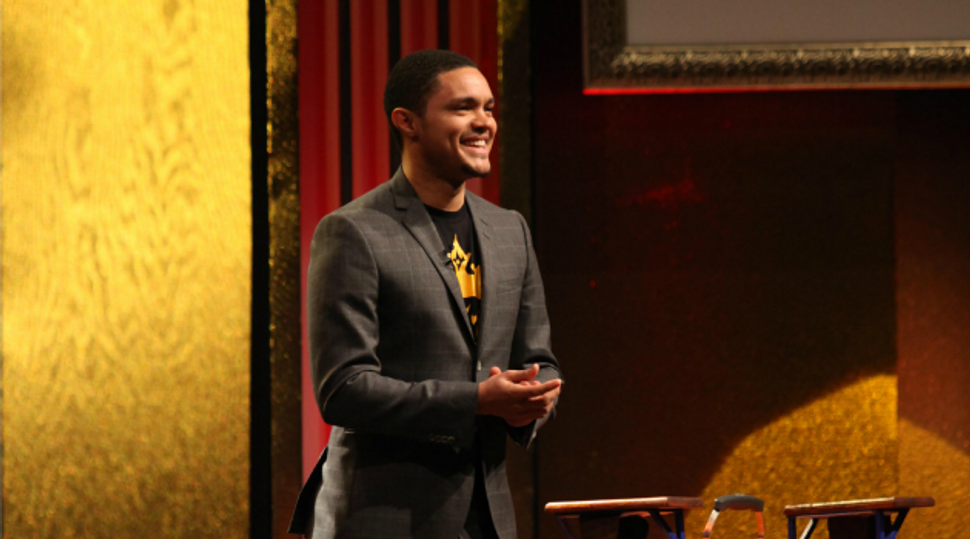 Just like you clear those less-than-flattering pictures of your trip to Cancun before you add your crush on Facebook, it’s usually a good idea to give you Twitter feed a quick skim when getting hired for a new job.

Looks like Trevor Noah skipped that step. The comedian set to replace Jon Stewart as host of “The Daily Show” is already getting criticized for some old tweets deemed anti-Semitic. As Vulture points out, the offending tweets go back as far as 2009, but some are fairly recent.

Behind every successful Rap Billionaire is a double as rich Jewish man. #BeatsByDreidel

Almost bumped a Jewish kid crossing the road. He didn’t look b4 crossing but I still would hav felt so bad in my german car!

The backlash was swift:

“Bruh, Trevor Noah you gotta delete the old shit before stepping into the spotlight” pic.twitter.com/XLc1EKvU56

@ComedyCentral needs to explain why @Trevornoah anti-semitism is ok? #BoycottTrevorNoah

Even Roseanne Barr got involved:

As did Ben Smith, Buzzfeed’s editor-in-chief:

Just feels like it wasn’t the best week to introduce yourself to America with anti-Semitic jokes. Any other week…

Jews aren’t the only target of the offending tweets. Others have been slammed as denigrating to women and homophobic:

Looking at how successful all the Kardashian women are, I don’t blame Bruce Jenner at all.

It’s unclear whether or not Comedy Central was aware of these tweets before announcing Noah’s new gig. They have yet to comment. But the bottom line is: Delete your tweets, people.

Comedy Central has released a statement. They’re standing by Noah.

“Like many comedians, Trevor Noah pushes boundaries; he is provocative and spares no one, himself included. To judge him or his comedy based on a handful of jokes is unfair. Trevor is a talented comedian with a bright future at Comedy Central.”