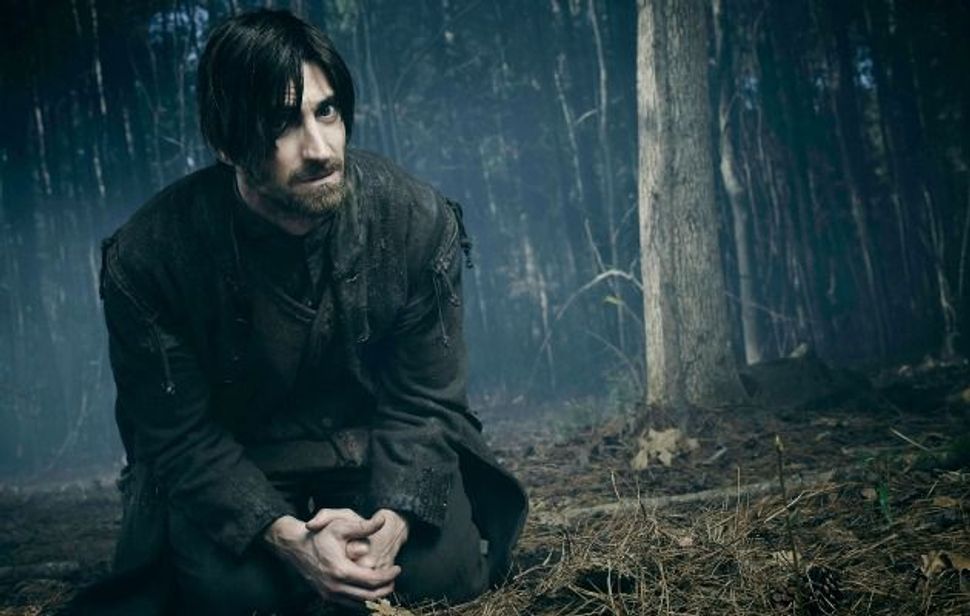 No Jews were burned as witches in Salem witch trials. But with the second season of “Salem,” set to premiere April 5, that may soon change.

WGN America’s first originally-scripted series is a supernatural drama which marries the history of Puritan America with sex, blood and witches. What’s not to love? The show focuses around Mary Sibley and John Alden, lovers, who, separated for nearly seven years by war, find themselves on different sides of the Salem Witch Trials. You see, Mary is a witch.

Iddo Goldberg plays Isaac Walton, Salem’s voice of reason, forced to skulk on the sidelines and bury the bodies of the unwanted after being branded a “fornicator.” After witnessing a black magic ritual, he becomes a target of the town’s growing witch-hunting frenzy.

The Forward’s Anne Cohen caught up with the British-Israeli star to talk about what to expect from the new season, what’s it’s like to work with his wife (Ashley Madekwe, who plays Tituba on the show), and why he loves Passover.

Anne Cohen: How did you come to be on the show?

Iddo Goldberg: I actually auditioned for a guest role on [‘Salem”]. Originally, I auditioned for the role of Cotton Matther, and although I was very good, they wanted me for a different part, and I really connected with the part of Isaac. It was kind of just a guest part, but I got it. And my wife, Ashley, auditioned for the part of Tituba. She actually found out that she was on the show first, so when I heard that she got her part, I kind of thought that it wasn’t going to happen because I kind of assumed that they weren’t going to have us both in the same show. So when I got the call it was kind of a bonus bonus bonus type situation. And then we went to Shreveport and shot the pilot. Pretty much by the second episode, they asked me to be a regular on the show. And obviously I jumped at the chance.

What drew you to Isaac’s character?

I think Isaac kind of represents hope. He’s a metaphor for the town of Salem. What I like about him is that he’s kind of the moral compass of the town. I think if Isaac ever went to the dark side, it would be pretty bad news for Salem. And I also like the fact that he is this kind of fool-type clown, but he’s also very wise and able to kind of crystallize points and pinpoint how people are feeling and show it to them. He’s also a very harsh judge of himself, to which I can definitely relate to.

You starred alongside your wife in “Secret Diary of a Call Girl.” What’s it like to be working together again?

I know. She is following me. It’s really amazing. It’s a real luxury to work next to this person that you really respect and love and can speak to about anything. And it’s very strange, because actually we met in a play, a few years before we started working on “Secret Diary of a Call Girl,” and got on really well and stayed friends for a while. So this is actually the third job we’ve done together.

What are you most excited about for next season?

It’s gone mental. Last year, Mary very much had most people wrapped around her little finger. This year, everyone is kind of coming in from every angle wanting a piece of Salem and a piece of America, a piece of the pie, the power. We’re getting to see a lot of the characters and what they do behind closed doors. I think it’s going to be a lot of fun, and a little gruesome — quite violent this year.

You grew up in Britain but were born in Israel. Tell me about your Jewish upbringing.

I always think of what it would be like to go back to Israel. I was born in Haifa, and lived there until I was 10. My grandma, Luba, was Polish, and she came from a big family. They were at the forefront of the country, the people who kind of built Israel. I didn’t get to meet any of my granddads. My dad’s mother was a real character as well. She caught some guy burgling her flat in Israel and she made him sit down and tell her why he was doing it. But my grandma Luba — her dad was a rabbi, she always did stuff for other people. She went from eating salted fish to like the iPhone. She was an amazing woman and I think she kind of represented Judaism and Israel for me. I was brought up very secular. I read my bar mitzvah off a tape and there is something about tradition and the culture of it all that kind of resides deeply in all of us. It’s hard to explain but it’s very much there.

I actually have some time off so I’m going home for Passover. My sister lives in Tel Aviv and she’s coming over from Israel to my parents’ home in Golders Green in London. My brothers are also going to be there. I don’t know what it is about sitting around a table with unleavened bread that’s nice, but it’s exciting.

The second season of “Salem” premieres on WGN America on April 5. 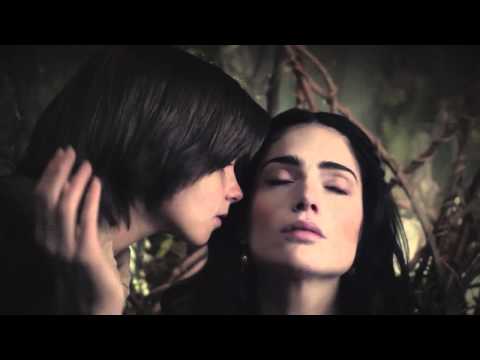