Why Did Jill Duggar Name Her Son Israel? 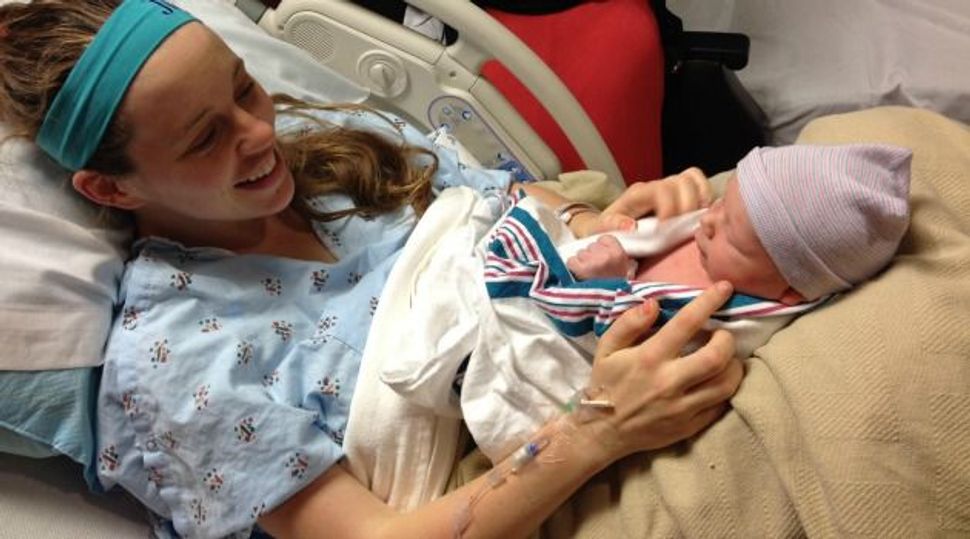 Let’s get something out of the way. There is nothing Jewish about the Duggars.

And yet, Jill Duggar, the 23-year-old daughter, and fourth child in the family who brought you TLC’s “19 Kids and Counting,” has chosen to name her newborn son Israel David.

Israel may seem like a strange choice — but given that the Duggars are devout Independent Baptists (they have filtered Internet service and consider that to show one’s thigh is akin to “nakedness and shame”), maybe it’s not so surprising. But why, WHY, is Derick Dillard wearing an Israel Defense Forces t-shirt in the announcement photo?

Come on, guys. As Leah Finnegan over at Gawker writes: “You don’t see Jews going around naming their babies YMCA Bible Camp.”

Religious connotations aside, the name is an interesting choice in a family known for naming all their kids with J-names. No really, all 19 of them: Josh, Jana, John-David, Jill, Jessa, Jinger, Joseph, Josiah, Joy-Anna, Jedediah, Jeremiah, Jason, James, Justin, Jackson, Johannah, Jennifer, Jordyn-Grace and Josie.

Duggar, who married Derick Dillard on June 21, 2014 in front of 1,000 of their nearest and dearest, is a midwife in training. She told People Magazine that she had planned two due dates, March 24 and April 5. (Close, but no cigar!)

The elder Duggars, now proud grandparents Jim Bob and Michelle, had planned for a home birth, but People reports that little Israel was born in a hospital, at 9 lbs., 10 oz. Still, they’re not complaining.

“We are so thankful for a healthy Mom and baby!” they wrote on their official Facebook page. “Love this sweet baby Israel! We are happy grandparents and we promise more pictures soon!”

Why Did Jill Duggar Name Her Son Israel?