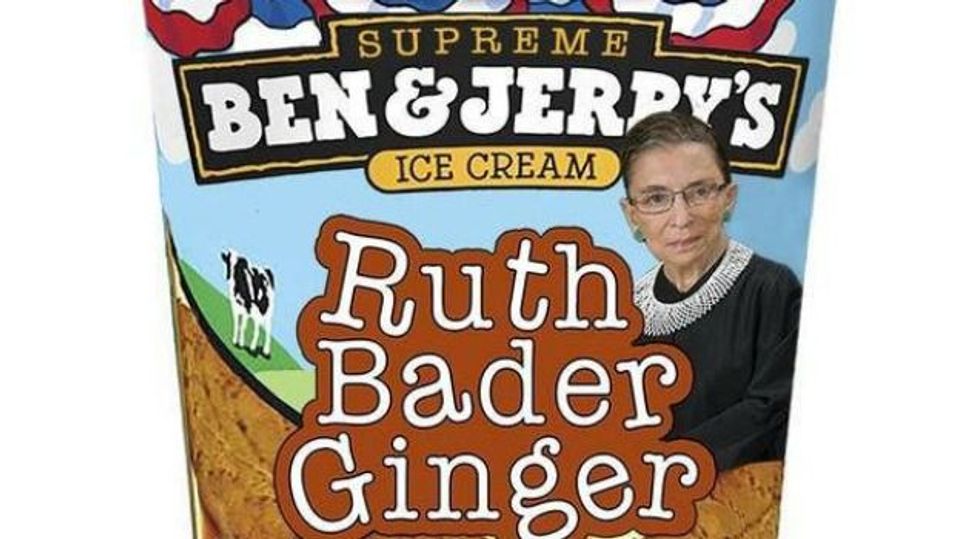 Full disclosure: I love Ruth Bader Ginsburg. I even wrote a list of 52 reasons why she is my favorite human. So, it is in total subjectivity that I ask you all to vote for her to get her very own Ben & Jerry ice cream flavor.

Personal feelings aside — how could you say no to a flavor called Ruth Bader Ginger?

The Change.org petition has 3,042 supporters. The ultimate goal is 5,000. Its author, Yael Mazor-Garfinkle, points out that of the 30 celebrity-inspired flavors put out by the ice cream magnate (including its most popular flavor, Cherry Garcia), only two have been women (“30 Rock“‘s Liz Lemon and snowboarder Hannah Teter). Those two flavors, by the way, are no longer available.

Ben & Jerry’s prides themselves on being a socially responsible company that cares about making a difference, and recognizing the contributions women like Ginsburg have made to the world matters. If Ben & Jerry’s make this flavor, they can start a national conversation about why it’s important to celebrate women who have helped make our nation great.

So, go on — take a second and help celebrate the one and only “Notorious RBG.” She’s already got her own Lego figure. Ice cream is just the next logical step.