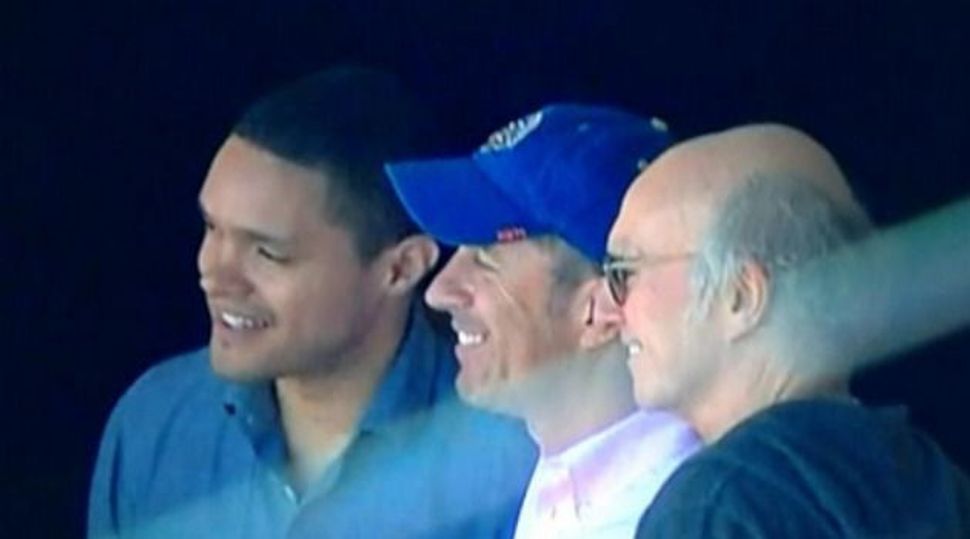 Trevor Noah countered recent accusations that he’s an anti-Semite by taking in a Mets game with Jewish comedy royalty.

The man who will take over “The Daily Show” was seen cheering on the New York Mets with Jerry Seinfeld and Larry David during their home opener at at Citi Field.

Looks like Larry David & Jerry Seinfeld introduced Trevor Noah to the series of teachable moments known as the Mets. pic.twitter.com/QXvoQ66jcn

The South African comedian was sharply criticized after some old tweets poking fun at both Jews and Israel (among other things) recently resurfaced. In a statement put out by the Anti-Defamation League, Abe Foxman wrote that he hoped ‘The Daily Show’ would remain “funny and irreverent without trafficking in bigoted jokes at the expense of Jews.”

Despite the backlash, Comedy Central has stood by its man. In a recent episode of “The Daily Show,” Jon Stewart even urged fans to “give him a chance.” Looks like Noah’s now taking damage control into his own hands.