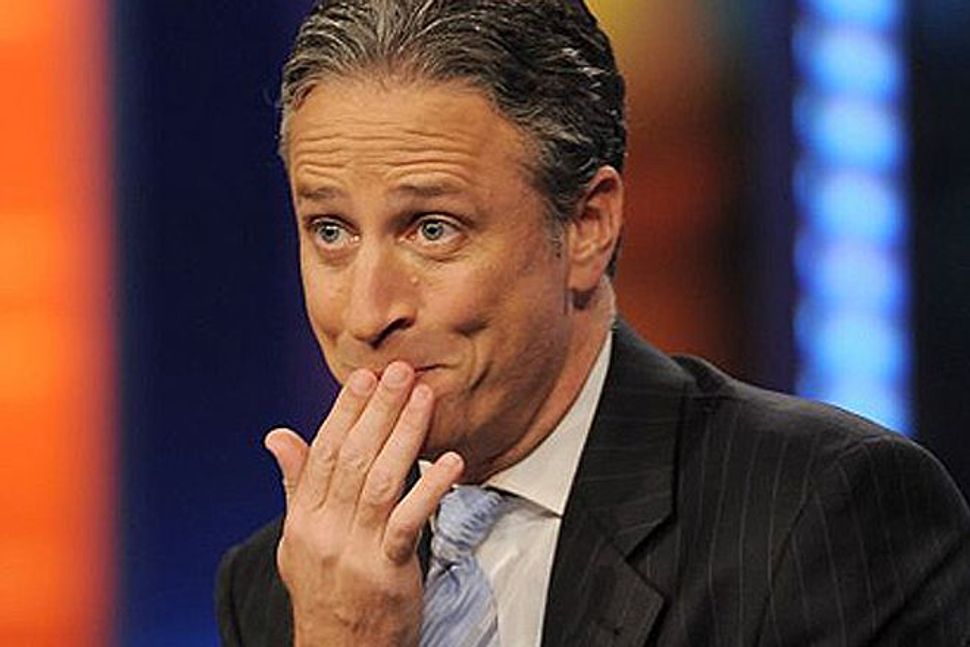 “Hello! My name is Jon Stewart and welcome to… WWE’s 28th annual SummerSlam!”

Yes, Jon Stewart, much beloved host of The Daily Show for the past 16 years, has finally moved on to pursue his lifelong dream of hosting wrestling tournaments.

Jon is hosting the . But it’s a limited gig for August 6.

This won’t be Stewart’s first time at a WWE event – he’s appeared before in March as part of an ongoing feud with WWE heavyweight champion Seth Rollins. The pair exchanged a series of angry tweets, and Seth challenged Jon to come to “Monday Night Raw” live on “The Daily Show.”

See below when Seth Rollins interrupted Jon’s Moment of Zen.

And now for WWE Raw, conveniently uploaded to Youtube. Skip to 2:00 to see Jon’s entry, and to 4:00 to see him kick Seth in the crotch before he makes his escape.

To complete the saga, just before “The Daily Show” finale on August 6, Seth presented Jon with his own honorary WWE World Heavyweight Championship title, custom made with the show’s logo. To which Jon responded, “Dude, are you for real?”