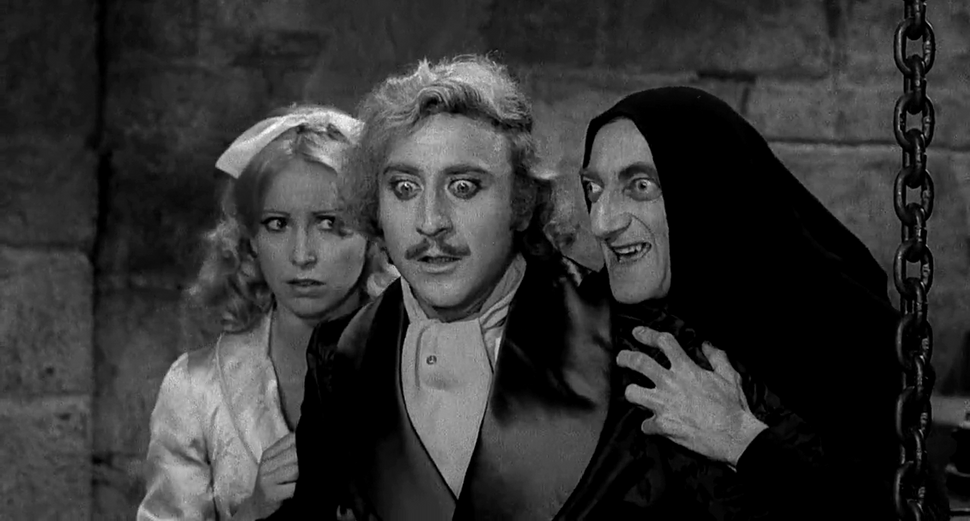 Among the many iconic lines from Mel Brooks’ “Young Frankenstein,” (“Walk this way;” “Would you like to roll in the hay;” “Frau Blucher”) one always stands out for me. It’s the one spoken by Dr. Frederick Frankenstein when, upon meeting his assistant Igor for the first time, he corrects his pronunciation. The exchange goes as follows:

Here’s the clip, just for kicks:

Now, compare that to the back-and-forth repartee which takes place about halfway through for “Victor Frankenstein,” the latest iteration of Mary Shelley’s monster to hit the big screen.

POSSIBLE LOVE INTEREST/ PRETTY LADY: “Are you not afraid to challenge the natural order, M. Frankensteen?”

FRANKENSTEIN (played by James McAvoy): “No. And it’s Frankenstein.”

The new film promises to be a whole new take on the Frankenstein story, but if that’s not a wink to Mel Brooks’ movie, I don’t know what is.