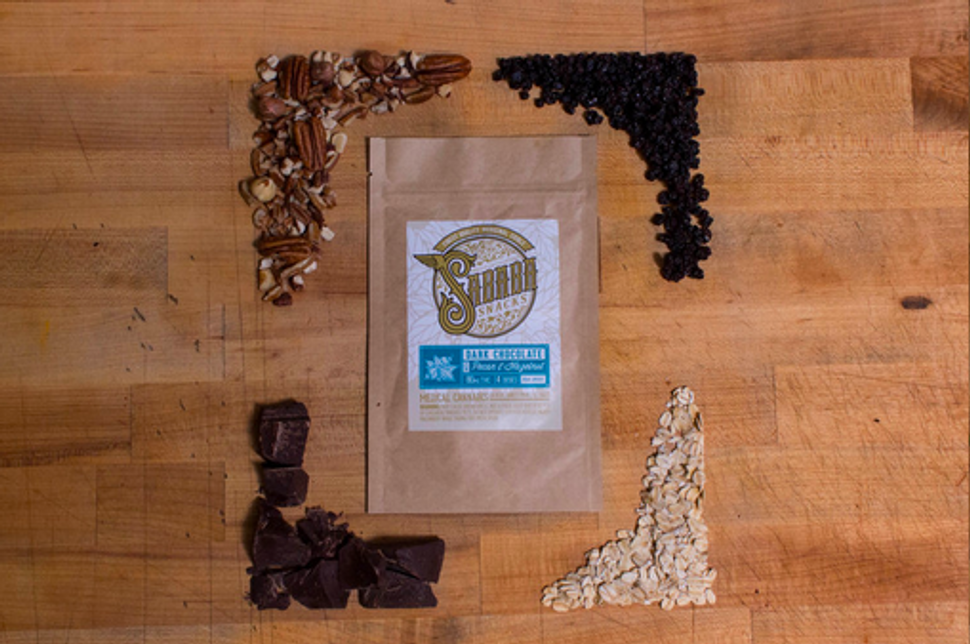 With flavors such as molé spice-cacao-seeds, this gluten-free, vegan, soon-to-be certified kosher treat could easily be mistaken for the latest arrival in the Whole Foods snack aisle. Except for the fact that each fruit and nut cluster contains 20 milligram of THC — the active ingredient in marijuana.

When creating “Sababa Snacks” — which are named after a Hebrew slang word for cool — Californians Aram Hava and Ezra Malmuth wanted the edible medical marijuana both to be ethically-sourced and kosher, J Weekly reported. They’ve asked a local kashrut agency to certify their product.

The 28-year-old business partners, who met as students at a Jewish high school school in San Francisco, said the snack and its name will appeal to everyone.

“It’s a deliberately Jewish word, and that’s who we are,” Hava said, adding that “non-Jews who don’t know what it means think it’s a cool made-up word, while the Jews just chuckle. One woman heard the name and started talking to us in Hebrew, which was the whole point. We’re bringing some good vibes into the project.”

Medical marijuana was recently ruled kosher-for-Passover by a leading ultra-Orthodox rabbi. Although cannabis belongs to the category of kitniyot, legumes that Ashkenazi Jews traditionally avoid on Passover, marijuana is allowed when used as a medical treatment, Rabbi Chaim Kanievsky declared.

In January, a New York company, Vireo Health, announced it was the world’s first kosher medical marijuana supplier, under the supervision of the Orthodox Union.