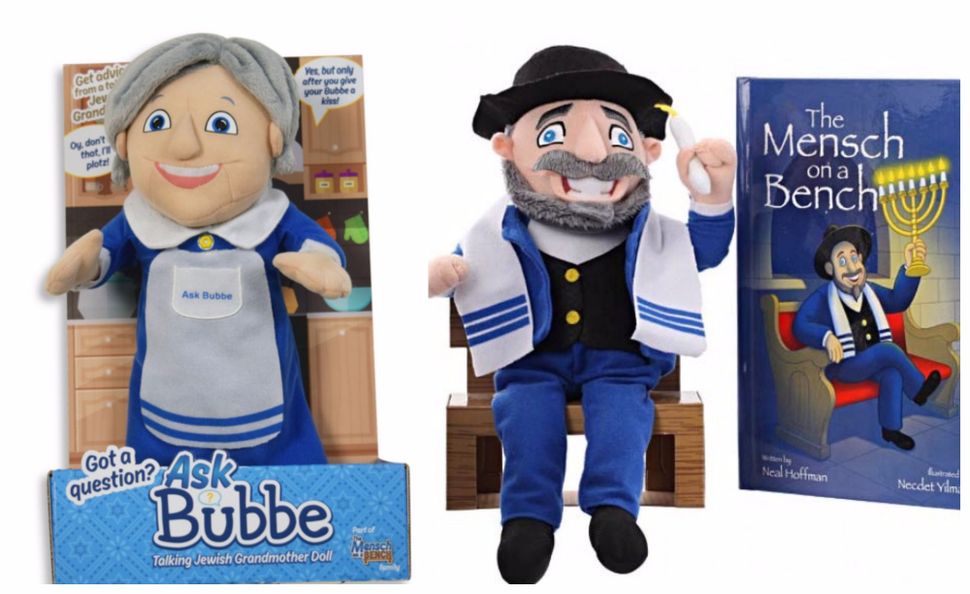 The Mensch on a Bench has a new Mensch(ette) to keep him company.

“Shark Tank” favorite, Neal Hoffman, appeared on the latest episode of “Beyond the Tank” to introduce Bubbe, a talking Jewish grandmother doll and the newest edition to the Mensch on a Bench product line. Appearing with Shark and investor Robert Herjavec, Hoffman described Bubbe as a “magic 8-ball meets a talking Bubbe.” 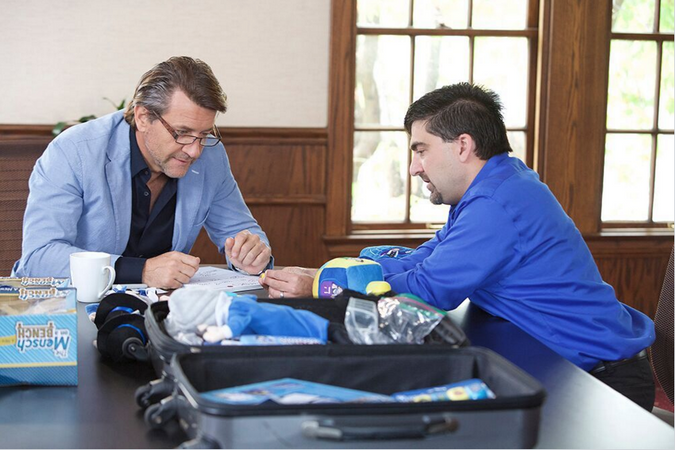 With a touch, the new doll answers questions with phrases like “Oy Vey don’t do that” or “Yes, but only after you give Bubbe a kiss.” Hoffman said his aunt Sue was the inspiration for the doll and she is the voice that consumers will hear.

In addition to Bubbe, Hoffman is also working with QVC Queen and Shark, Lori Grenier on an educational product Hannah the Hanukkah Hero which was suggested by Grenier as a female alternative to Moshe the Mensch during Hoffman’s “Shark Tank” update last year.

This #mensch is flying off the shelves! Did you catch us on #sharktank last #friday? (?: @lorigreinershark) #menschonabench #moshe #jewish #toy #hanukkah

According to the Mensch on a Bench team, they have sold over 100,000 dolls, sold the license to the book for a TV show and debuted Mensch Munch chocolate, wrapping paper, menorahs, dreidels and activity kits.

Hoffman says the “Beyond the Tank” experience was incredible but facing Herjavec again outside the tank was no walk in the park. “Robert helped me focus my passion and apply a business mindset to the company” Hoffman said. “If it were up to me, every day would be Hanukkah and we would have a whole section for Mensches in the store.”

Hopefully future versions of Bubbe will allow real life Jewish grandmas to record their own voices for their grandchildren. We can’t imagine anything sweeter.