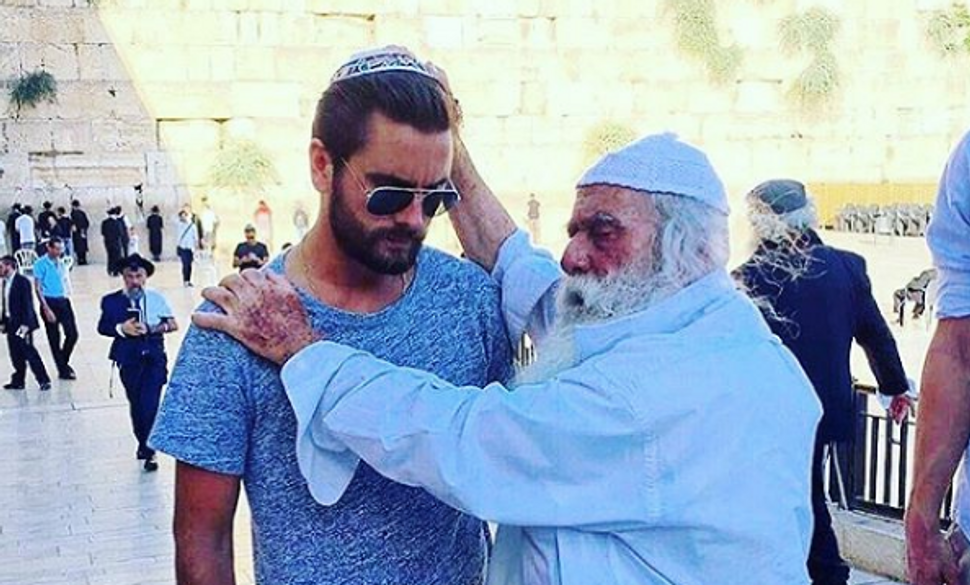 A year ago, Kanye West and Kim Kardashian West were the talk of Israel when they baptized their daughter, North, in the Armenian Quarter of the Old City of Jerusalem.

Today, Scott Disick, Kourtney Kardashian’s Jewish ex-boyfriend, was the one looking for a religious experience in the city.

The “Keeping Up With the Kardashians” star arrived for a short visit to the Holy Land on Tuesday night with Kardashian sister and teen-queen Kylie Jenner. Disick took in the sights in Jerusalem and Tel Aviv, where he is [rumored to be in talks to buy a $6 million Luxury penthouse.

Always very vocal about his Jewishness, Disick has three children with the eldest Kardashian sister. He has also been public about his struggle with alcohol and substance abuse and his efforts to stay sober following several stints in rehab.

And he found “Hashem is everywhere.”

Of course, no visit to Tel Aviv would be complete without a piping hot shakshuka, and Lord Disick certainly enjoyed the dish.

But whatever reaction Disick has garnered on the streets of Israel is nothing compared to the attention Jenner will get the moment she so much as looks out her hotel window.