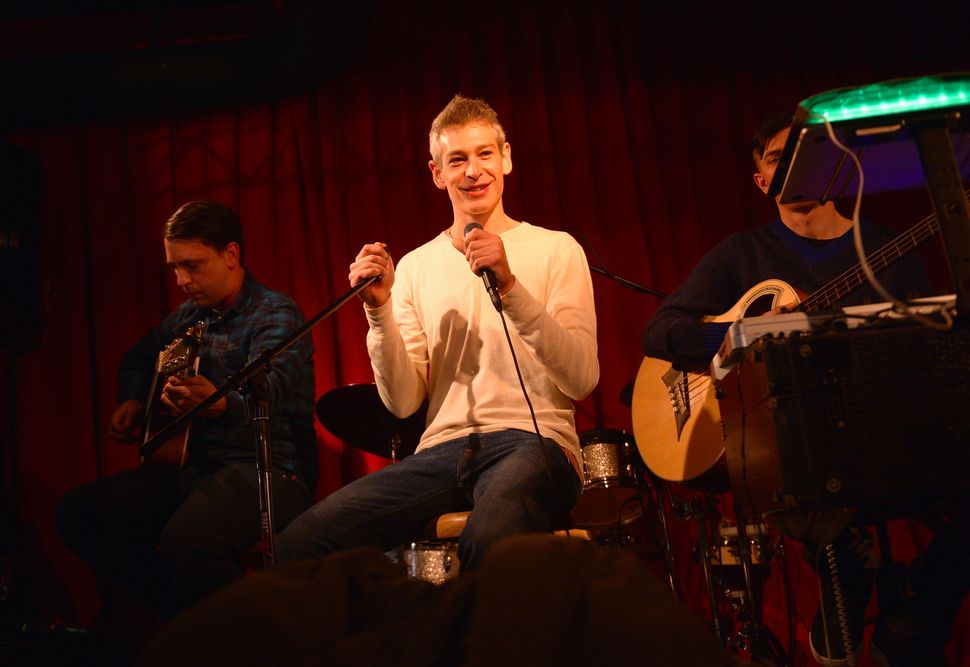 The tale of the Hawaiian busker who got to perform with Matisyahu in an impromptu street duet, captured in a viral video, isn’t over yet. After some legal arrangements, the unlikely pair are scheduled to perform together on Friday in Los Angeles.

Last Friday Matisyahu posted a live video on Facebook in which he invited Kekoa Alama to perform with him at the Hollywood Palladium, but Alama said he was not sure he could travel due to having violated his parole.

After speaking to Alama’s parole officer and the judge on the case, the Jewish reggae star announced Monday that the “Maui coffee shop brudda” would be allowed to travel to the performance.

In the original video Matisyahu discovered Alama playing the ukulele and singing his hit “One Day” in a Maui coffee shop. The Jewish reggae star joined in, although Alama did not realize who he really was.

“Oh Jesus. What’s up, man?” the street performer told the formerly Orthodox singer, who used to sport a beard, when he revealed his true identity. “You look different.”