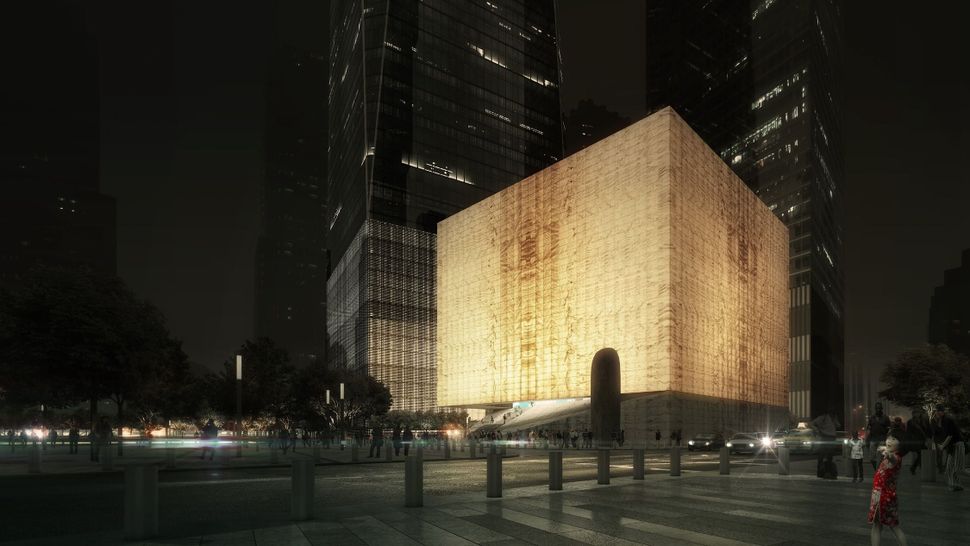 In 2003, when architect Daniel Libeskind created a plan for the redevelopment of Ground Zero, he included a performing arts center. That project has been one of the few unrealized in the site’s redevelopment, but it won’t remain so for long. On Thursday, officials revealed a new plan for the center, which they hope will open in 2020. It’ll have a strong leader in developing a unique cultural footprint: Barbra Streisand, who will serve as the center’s chairwoman of the board.

Plans for the new building have moved quickly since being revitalized by a June donation of $75 million from businessman Ronald O. Perelman. (To recognize his gift, the center will be named Ronald O. Perelman Performing Arts Center at the World Trade Center.) Frank Gehry had originally signed on to plan the complex, creating an ethereal design of mismatched, seemingly precariously stacked rectangular spaces that the project’s leaders abandoned in 2014. In the new plan, produced by the New York architecture firm REX, the building will be boxlike and covered in a thin layer of marble encased in glass.

As quoted by the New York Times’s Michael Cooper, Joshua Prince-Ramus, REX’s principal, explained the unique façade’s appropriateness for the building’s site. “The building really has a double life: During the day it has an appropriate stateliness, stone stateliness addressing the memorial,” he said. “Then at night it dematerializes, and the activity within starts to get revealed through the facade.”

The building will feature three unusually mutable theaters, which can be used independently at seat capacities between 99 and 499, or combined into a single theater for an audience of 1,200. The theaters will be able to accommodate works in multiple genres – dance, opera, and theater for a few – and will produce the work of a series of companies, rather than having a single company serve as an anchoring tenant.

Streisand looks forward to helping secure the Perelman Center’s place in New York’s cultural scene. In a statement, she said it would “vibrate with theater, music, dance and film, and bring life to this hallowed ground.”