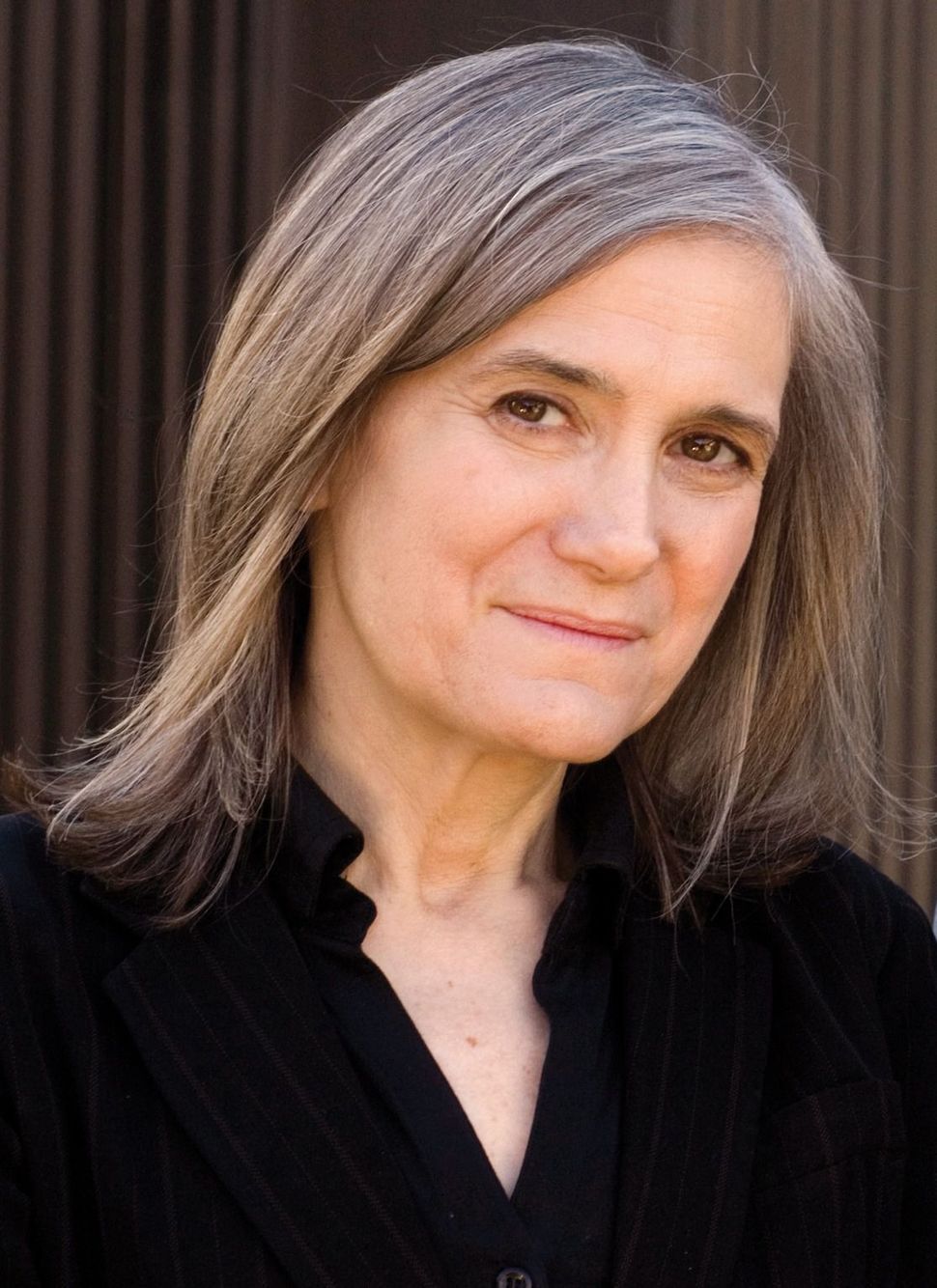 “As reporters we shouldn’t have to get a record for putting things on the record,” she writes. And yet her “rap sheet” includes being detained in 1998 while covering pacifist activists who threw blood on a B-1 bomber at an Air Force base in Maryland; deported by Indonesian authorities in 1999 while trying to report on an independence referendum in Indonesia-occupied East Timor; arrested in front of the White House while covering an Iraq War protest in 2003; arrested at the 2008 Republican National Convention in St. Paul, Minnesota, while fighting for the release of “Democracy Now!” producers who had been detained while filming protests; and detained in 2009 at the Canadian border on her way to speaking about press freedom in Vancouver.

And, as of the last week, Goodman, can add a new entry to the list. On Saturday, “Democracy Now!” reported that officials in Morton County North Dakota had issued a “criminal trespassing” arrest warrant for Goodman, following her reporting on Native America-led protests against the construction of the multi-billion-dollar Dakota Access pipeline. One of her dispatches, a seven-minute video showing protesters attacked by dogs held on leashes by private security contractors, was viewed over 13 million times, and picked up by broadcasts from major networks. A few days later, the Department of Justice, Department of the Army, and Department of Interior announced that pipeline construction would be halted until its legality could be sorted out.

Goodman’s latest arrest has received coverage and stern criticism from other news outlets. And Goodman condemned it, herself, in a brief statement, saying, “This is an unacceptable violation of freedom of the press…I was doing my job by covering pipeline guards unleashing dogs and pepper spray on Native American protesters.”

Goodman, the granddaughter of a rabbi and a recent inductee to the I.F. Stone Hall of Fame at Ithaca College’s Park Center for Independent Media, was profiled by the Forward in April. That article quotes a section from Goodman’s recent book in which she describes her approach to covering political conventions and other events. “We have to get out onto the streets where the uninvited guests are — sometimes thousands of them,” she writes. “These protesters have something important to say as well. Democracy is a messy thing and it’s our job to capture it all.”