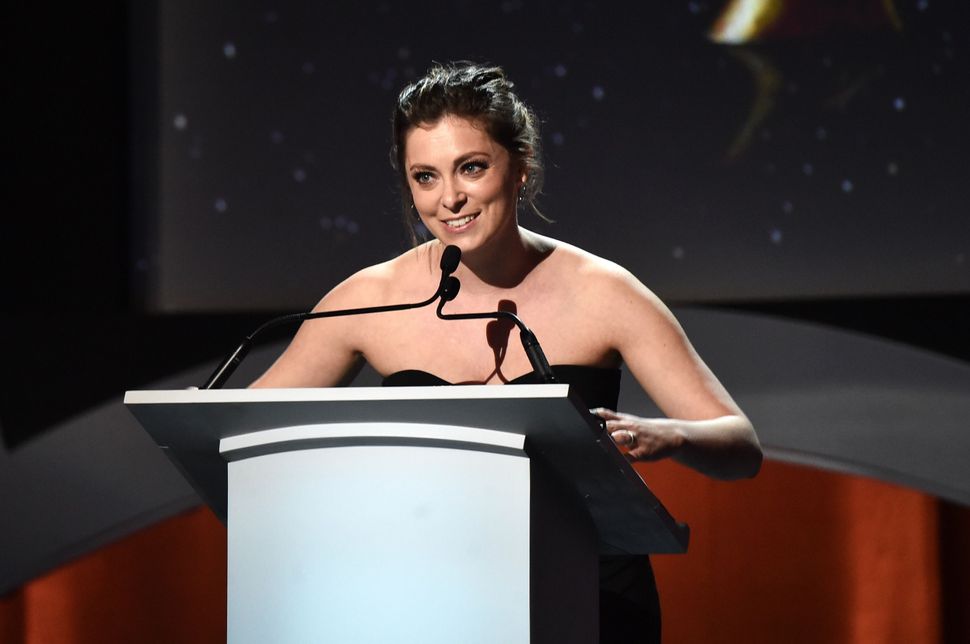 Rachel Bloom won hearts this past year with “Crazy Ex-Girlfriend,” the comic musical CW show she created and stars in. In advance of Friday’s Season 2 premier, she sat down with Billboard’s Danielle Bacher to dish on her favorite musicians, first slow dance, and more. Here are 6 of the coolest things she revealed.

No surprises here — Bloom is crazy for Barbra! Streisand “has such a sweeping, emotive voice and it’s so unique,” Bloom gushed, “when she gets to the top and it gets this chained wailing, it makes it sound so effortless and very specific to her.” Bloom listed Streisand as one of her two favorite artists of all time. The other? Ben Folds.

Given Bloom’s aptitude for writing subtly biting, hilarious lyrics — check out Season 1’s “JAP Rap” for some surprisingly wicked Yiddish zings — we should have known she’d love Weird Al. She told Bacher the first song she remembers making her laugh was “Weird Al’s ‘Fat’ or ‘Eat It.’” She recently saw him in concert, and still found him hilarious. “My husband and I had tears rolling down our cheeks,” she said.

3) She wants Monty Python to play at her funeral

Asked what song she’d want played at her funeral, Bloom was quick to choose something characteristically funny. “‘Always Look on the Bright Side of Life’ by Monty Python,” she said. “I would like it because it’s a true, unsentimental look at life that still is beautiful and makes me want to cry.”

4) She was inspired by Beyoncé’s “Lemonade”

She decided to spend a lot of the budget for Season 2 on the first episode, partially to honor Queen Bey. “I wanted to do a symbolic, beautiful Beyonce [sic]-type style number,” she said. She was pleased with the result, saying “it feels like a beautiful short film.” Watch it below.

5) Her 8th-grade boyfriend was named Willy

Her first real slow dance was with him. It might have been *NSYNC. Romance!

6) She almost drowned when she was 5

“I remember the feeling of drowning and then my dad jumped in the pool and got me out,” she told Bacher. Does it still haunt her? Well, she did also say “I think every second we are not fearing death we are trying to blissfully distract ourselves.” So, unclear.