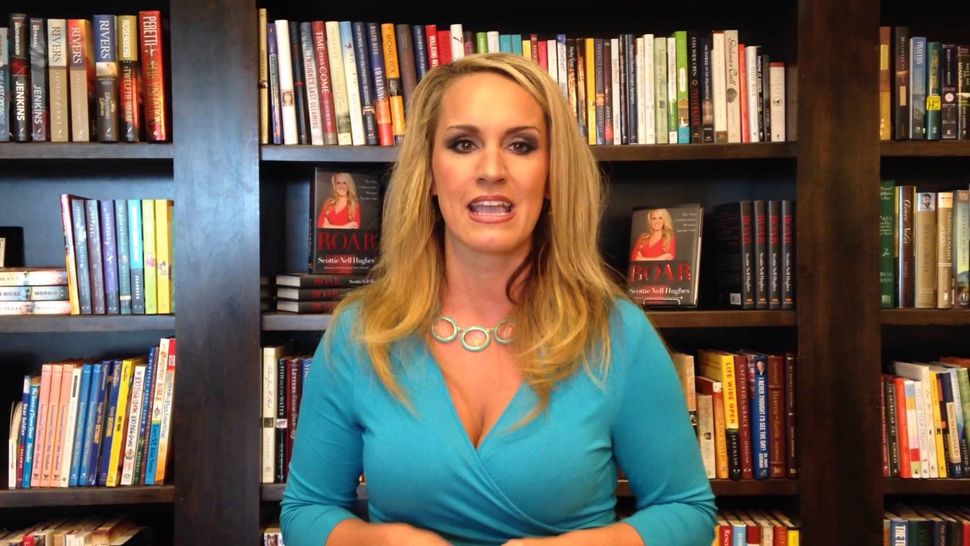 Yiddish made its debut in the election last December when Donald Trump mocked rival Hillary Clinton for getting “schlonged” in her primary fight eight years ago with President Barack Obama.

As the campaign enters its final days, the mameloshn has re-emerged after Scottie Nell Hughes, a surrogate for the Republican nominee, mixed up “Molotov cocktails” with “mazel tov cocktails” in a CNN interview.

What is a “mazel tov cocktail” pic.twitter.com/xmTiBnoaia

“We look at Jay-Z, and…one of his main videos starts off with a crowd throwing mazel tov cocktails at the police,” she said to the network’s Don Lemon, criticizing the hip-hop artist, who appeared at a Clinton rally over the weekend, for violent lyrics in his music.

Little did she realize that she was confusing an improvised explosive device (the molotov cocktail) with the Yiddish word for congratulations (mazel tov).

She acknowledged the mistake on Twitter, where she wrote, “trust me.. I realized at that moment, I should have taken a nap at some point the last 24hrs.”

That didn’t stop people on the social media site from having a laugh at her expense.

@Deadspin The Mazel Tov cocktail is something Shalomland Security has warned us about for years.

Okay, Google. When I type “Mazel Tov” into your search engine, the second prompted option should not be “mazel tov cocktail.” #facedesk

No, we have no idea what a “mazel tov cocktail” is.

A Mazel Tov Cocktail is any discarded, half-finished drink you can manage to down unseen from the “adult section” of your Bat Mitzvah party.

Her screw-up ranks as one of the best Yiddish faux pas — alongside the time former Congresswoman Michelle Bachmann slipped on the term “chutzpah,” or Clinton herself got the pronunciation for “kvell” wrong.